When Should You Begin Your Job Search? 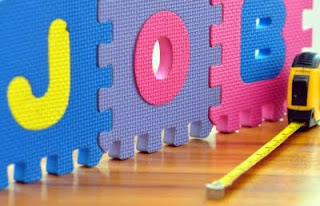 Should you be actively looking for a job while you are still attending college? According to a recent survey, the answer is a resounding – YES!

In a survey conducted by Braun Research Inc on behalf of Adecco Staffing US, the majority of recent college graduates believe that - in hindsight, - they should have been more proactive about their job search while they were still attending college.

With respect to the survey itself, Adecco designed the survey so that the organization could better understand how the economic recession had affected 2006-2010 college graduates in the United States.

"Regardless of how the economy is fairing, graduates who proactively pound the pavement well before they finish their studies are more successful in landing a full-time job after graduation," said Joyce Russell, the EVP and President of Adecco Staffing US. "The best piece of advice for the graduating class of 2011 is to treat their job search as if it were a full-time job. “

The students who succeed are those who proactively put themselves out there and build relationships by networking with professors, working closely with university career centers, actively connecting with alumni, and capitalizing on real-world job experience through internships and temporary work, continued Russell.

While many of the college graduates from this particular time period did eventually find full-time jobs, many of these full-time positions are not jobs that require a four year college degree. More specifically, the survey revealed that a full forty-three percent of the survey participants are working a full-time job that does not require a degree.

This study reveals the importance of looking for a job and networking while you are still in college. While this situation may be a difficult one as you have many school-related obligations – and may also be working a part-time job, it is important to try to make the time for these types of proactive job search endeavors as the extra effort will help you to obtain a job in your chosen field.