When Should You Sweat the Small Stuff? 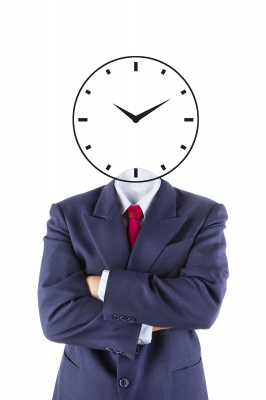 The adage "Don't sweat the small stuff" may be sage advice for a manager at any level of business. However, the reality is that many tiny aspects of an employee's demeanor can add up to some fairly big issues in terms of productivity, reliability and trustworthiness.

One manager relates a story to Alison Green of Ask a Manager regarding an exempt employee who habitually shows up 15 to 20 minutes late at least once per week. After a year of work, the boss grew tired of hearing the "long commute" as an excuse. The employee works late, but sometimes that's because he does not always finish his work within normal business hours. The boss documents each late arrival, and the manager offered to change the start time for the late employee. The manager turned small stuff into something larger by bringing up performance issues.

The late employee has no time-sensitive tasks to accomplish first thing in the morning. Yet, the manager had a hard time dealing with habitual lateness when performance issues crept into the scene. Just a few minutes late may seem like small stuff, and the boss even admitted the tardiness was "annoying" as opposed to a "bigger deal."

In the light of this example, examine how someone's small stuff gets in the way of other people's tasks. If an administrative assistant arrives 15 minutes late each morning, that could present problems since administrative people hold the office together. During vital projects or production runs, managers may insist on prompt arrivals to get tasks done on time for customers. Consider if your company's overall financial picture takes a hit because of one employee's lateness.

Try to work with the employee and compromise. If that fails to get the job done, then ascertain if other performance issues remain a problem. Insist that the employee shows up as scheduled if punctuality affects performance and small stuff becomes more pronounced.

Poor time management skills have shown to reduce, and even undermine, employee success. Lateness may impede someone's career advancement or lead to written warnings. Then comes the reduction in hours that no one wants. Look at the overall demeanor of the employee who habitually arrives late. Does the person have a poor attitude towards job performance, or is the person simply apathetic? A bad attitude can affect other employees and reduce morale.

Someone who simply does not care may remain bothersome, but not necessarily represent cause for greater concern. All other things being equal, if a lack of punctuality by 15 minutes marks the only thing wrong with the employee, then perhaps it's best to leave well enough alone.

Not sweating the small stuff and knowing what issues matter remain something a busy manager must deal with on a regular basis. The sooner you prioritize issues at the office, the sooner your job becomes easier and more manageable as you lead your team to success.