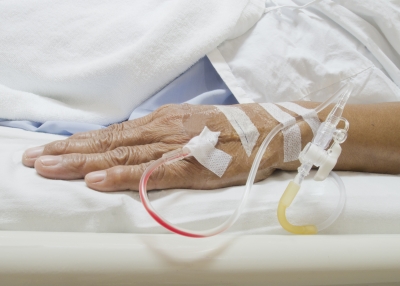 The term "baby boomers" refers to the generation born in the US between 1946 and 1964, roughly 76 million people. Subsequent generations have been smaller, and the American birthrate, post-1964, has continued the century's general decline. For decades, it's been known that this massive demographic swell was going to strain the country's healthcare industry when its members began retiring in 2011. By 2029, the approximate year when the youngest baby boomers will become eligible for Social Security and Medicare, tens of millions of citizens will have left the productive sector of the economy, taking their tax dollars with them. If baby boomers hold to the general increase in life expectancy that's developed over the last century, the American healthcare industry will be providing for the bulk of retired baby boomers well into the 2050s at least. Knowing this, it's possible to predict some of the effects healthcare workers will face over the next forty years.

The first thing to know about the baby boomers' impact on healthcare is that demand for services will rise dramatically. Already, baby boomers consume 80 percent of the nation's prescription medication and 50 percent of the over-the-counter drugs sold in the US. As the boomers age, these numbers will only increase. An increase in demand for drugs and durable medical equipment is likely the reason that the Bureau of Labor Statistics (BLS) anticipates a 32 percent rise in the employment of pharmacy technicians between 2010 and 2020. The approximately 100,000 jobs this creates will be entry-level positions that pay an average of $28,000 a year.

Similar growth is expected for emergency workers, such as EMTs and paramedics. Here, again, the BLS is projecting a massive 33 percent rise in employment. It is a little-known fact that many EMTs work outside the emergency response system, preferring to work in skilled nursing facilities, post-acute care and transport, and nonemergency medical transport to and from doctor's appointments and dialysis visits. These areas are heavy with elderly and near-elderly patients, so the aging of the baby boomers is driving much of the growth in this sector.

Also in demand will be any jobs related to rehabilitation and geriatric care. The BLS anticipates that more skilled nurses will be needed—26 percent over the 2010 to 2020 decade—and that there will be an astonishing rise of 69 percent in the employment of home health aides (HHAs). Already, the majority of HHAs' patients are baby boomers. As the generation ages and its demand for at-home healthcare increases, the healthcare professions that cater to the new market will thrive.

The aging of the baby boomers has been referred to as a demographic time bomb—and for good reason. Healthcare is far from free, and it isn't entirely clear how all of this increased demand will be paid for. For workers in the field, however, there could hardly be a brighter outlook than there is right now. With hundreds of thousands of jobs being added to the industry every year, with no end in sight, the next few decades look set to be the golden years for more than just the baby boomers.