Why A New Approach To Hiring Truckers Is Needed? 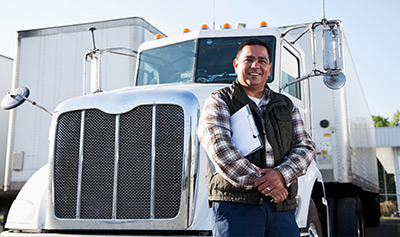 Covid-19 has caused a lot of consumers to sit at home and spend. With an increase in spending, there needs to be an increase in shipping and transportation of goods, but unfortunately, there aren't enough truckers to ship goods. The trucking industry moves 70% or $23 trillion of our nation's goods but cannot retain workers, and the consumer's desire for instant gratification is going nowhere. The American Trucking Association predicts a continual growing shortage of drivers for the next decade. As a result, employers need to adjust their approach to avoid a significant hit to a demanding industry.

Long haul trucking is an exhausting job with no flexibility, and it keeps workers away from their families for several weeks at a time. Truck driving also takes a toll on the driver's health. For example, there aren't a lot of healthy food choices while a driver is on the road, which can lead to health ailments such as obesity, diabetes, sleep deprivation, and lower life expectancy. Long-distance truck driving also entails a safety risk involved for drivers. Truck drivers have to sleep for ten hours before getting back on the road and only drive for 11 hours a day. There is a lack of available parking to facilitate freight trucks in our country, causing them to pull over in unfamiliar territory. Pulling over in unfamiliar territory to rest can be very risky, especially for women drivers. There is a struggle in the industry to fill the vacant spots. The turnover in trucking is increasing, and employers are struggling to battle it with increasing competition from independent freight companies.

It takes approximately 4-6weeks to train a driver to get their commercial driver's license (CDL). In February, federal law will require all new CDL applicants to train in a registered facility with a standardized curriculum. This requirement will benefit large carrier companies, but smaller companies in rural areas that accomplish training on their own could struggle with hiring due to this new requirement.

With a revised approach for hiring truckers and retaining them, the trucking industry may be able to battle their trucker shortage dilemma.

Thanks to President Biden's $1 trillion infrastructure program, the White House is initiating paid apprenticeships programs for drivers aged 18-21. There are also efforts to recruit military veterans and women to fill the shortage of long-distance truck drivers. The Women in Trucking Association has reported a 19% increase in women in the industry, whether it be a driving or managerial role. Sign-on and performance bonuses and guaranteed annual pay increases could also attract new drivers

Attract Ideal Candidates
Companies should utilize pre-employment screening for their CDL drivers to retain quality employees. Background checks would highlight any issues preventing new hires from acquiring and maintaining their license by reviewing their criminal, driving records, and any recorded drug or alcohol abuse.

Retain Current Drivers
Another tactic to retain workers for the long haul would be to enhance the current benefits package. According to the Bureau of Labor Statistics, long-haul drivers' salaries increased 10% (from $45,000) during the pandemic due to inflation. In addition to salary increases, offering retirement benefits, 401K packages, health care, and paid vacation could make all the difference.

The problem may not lie in hiring drivers but in the methods companies are employing to keep them around. Finding ways to invest in employees' health, well-being, and financial interests could assist in retaining quality drivers in the long haul.