Why Are Males Still Earning More than Females? 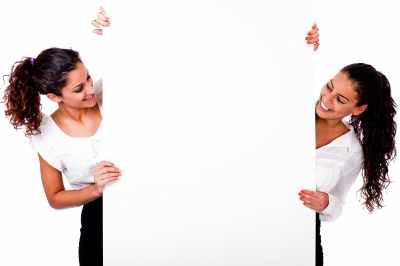 Despite laws in place since the 1960s, men still make more than women in the average American workplace. Harvard Business Review sought to examine the gender wage gap using U.S. Census Bureau information. What the publication found was a closer view of why this wage gap exists between males versus females in America.

Researchers tracked quarterly income from 1995 to 2008. The gender wage gap started out relatively small soon after men and women graduated from college. By the time these professionals reached their mid-40s, the average college male graduate earned 55 percent more compared to a college female graduate.

Most of this gender wage gap happened within firms as opposed to when people moved to different employers. The data showed that men switched to higher-paying jobs more often than women. Two studies allowed Harvard Business Review to track potential reasons why women earned less than men during this time period.

The first study shows that marriage played a crucial role in the wage gap when people switch jobs. Married men tend to switch to higher-paying jobs, but married women do not. The difference lies in a phenomenon known as "tied migration." This occurs when families settle down in the geographic location of the highest wage earner, which is typically a man. Instead of married women advancing their careers to higher-paying jobs, which may mean relocating and the husband giving up a higher-paying job, women settle for lower-paying positions.

Contrarily, unmarried women have no such limits and can find whatever jobs they want since the primary career of the husband doesn't hold them back. This is one phenomenon that helps to explain the widening wage gap in males versus females, but it's not the only factor.

Harvard's second study indicates that career choices between men and women explain about one-third of the cases of the gender wage gap. Among college-educated people, the wage gap is widest in the legal, health care and financial sectors of the economy, while the lowest wage gap comes from tech firms. Men tend to work more hours than women. Up to 28 percent of salaried men work 50 to 59 hours per week, versus 16 percent of salaried women who work these hours. Experts believe this stems from caregiving duties that women often take on when it comes to parenting, which leaves less time for work.

Among non-college educated men and women, the gender wage gap hovers around 30 percent. The wage gap widens most during the first five years for people without a college degree because men choose higher-paying careers, while women tend to gravitate towards lower-paying jobs in retail or services.

Overall, Harvard concludes that career divergence happens when women make choices to raise children or foster the family's primary career with a husband. What happens in a family dynamic is very closely tied to the gender wage gap, which explains why men still make more than women.

Who Is The Real Villain In You Get Me?
news via Refinery29