Why Isn't Congress Acting on Funding for the Zika Virus? 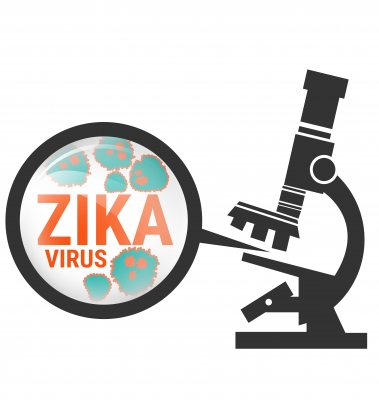 The Zika virus has had devastating effects in South America, where it has caused several women to give birth to babies with microcephaly. Now that cases of Zika are starting to appear in the United States, some experts are calling for action to stop the spread of the virus. However, Congress has not yet provided funding to tackle the Zika virus.

As of September 2016, the Zika virus has infected dozens of people living in Miami-Dade County, Florida. This humid region is a suitable breeding ground for the mosquitoes that carry the Zika virus, which bite humans and transmit the virus. Scientists believe that the Zika virus can also be transmitted through sexual intercourse, which is unusual for a mosquito-borne illness.

Some of the people infected in Florida are pregnant women, who can face potentially serious consequences as a result of their infection. Scientists have identified a link between the Zika virus and microcephaly, a serious birth defect. Infants with microcephaly have abnormally small heads and brains, causing serious developmental difficulties. Zika can also cause complications in adults, including Guillian-Barre syndrome, which is a serious nerve condition.

Despite the potentially serious nature of Zika, Congress has been slow to act to halt the spread of the virus in the southern regions of the United States. So far, Congress has not provided any dedicated Zika funding to fuel research into the virus or develop a vaccine to protect against it. Many critics claim that the topic of Zika funding receives a shockingly small amount of attention in Congress, which is sidetracked by other issues, such as the economy and the upcoming presidential election.

The U.S. Centers for Disease Control and Prevention has also remained relatively quiet about the risks that the Zika virus could pose to Americans. It has issued a warning against pregnant women traveling to Zika-infested areas, which now include parts of Florida as well as the South American countries where the virus is rampant. However, few Americans are paying attention to this warning, which could lead to devastating consequences for couples who are planning to start or expand their families.

In some ways, the understated response of the CDC to Zika is similar to its reaction to other health crises. For example, when Ebola was threatening to invade the United States in 2014, some commenters criticized the CDC for not doing more to protect the public from this deadly virus.

With the number of Zika cases in Florida growing, experts call on Congress to increase funding to tackle the virus. Meanwhile, all people can do is follow the CDC guidelines to prevent infection, which involve using mosquito repellent and staying away from areas where the Zika virus is prevalent.

Photo courtesy of Rattikankeawpun at FreeDigitalPhotos.net