Why Some CEOs Stay While Others Are Forced Out 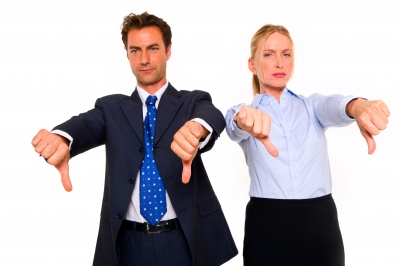 Several high-profile companies faced leadership crises at the top during the first half of 2017, and these crises bring to light the issue of CEO tenure. How long should companies tolerate CEOs who lead a company through tumultuous times? Several cases give you an idea as to why companies hold on to leaders while other CEOs are forced out by the board.

United Airlines and Uber faced intense scrutiny from the media, customers and employees in 2017. Uber's CEO Travis Kalanick took a leave of absence after several controversies, including allegations of stealing self-driving technology from rivals, a failure to combat sexual harassment within the company and a lack of diversity in Uber's employees. The board forced out Kalanick after a bevy of 47 recommendations made by former attorney general Eric Holder and his law firm. Kalanick's CEO tenure lasted eight years, but the controversies of 2017 were too much.

United Airlines had to act quickly after a video of its alleged abuse of a Chinese passenger on a flight went viral. The passenger was dragged off of a plane by police, and he suffered a concussion and broken teeth in the process. United CEO Oscar Munoz faced calls for his resignation after the video received more than 100 million views within hours of the incident. Instead of quitting, Munoz revised the airline's customer service policy. Munoz's CEO tenure continues because he's a blue-collar type of CEO who relates to employees at one of the world's largest airlines, and his work ethic is seen as top-notch due to the fact that he came back to work following heart transplant surgery.

The difference between Kalanick and Munoz was one of attitude. Kalanick had a more cavalier approach to his leadership at Uber and scoffed at any controversy. Munoz, on the other hand, took direct action to correct a problem in a very short amount of time.

Both companies learned valuable lessons from 2017. Munoz took action quickly by working with all parties involved in the incident. He took responsibility for his company's actions and made amends before things got out of hand. Munoz made concerted, real changes that showed up in physical and tangible ways for passengers.

Another key here is corporate culture. CEOs set the one once they come into a company. Executives who are new to a firm only last around 18 months in terms of CEO tenure, due in part to unfamiliarity with a company's culture and wanting to make tons of changes right away. Munoz developed trust among his employees over time, and that trust came through when he listened to feedback, took action and didn't feel as if he was above reproach.

It's About the Money

In the case Uber and United, CEO tenure depended on the money. Uber's potential IPO lost about 5 percent of its value in 2017, while United stock rose as much as 3 percent following the passenger-dragging incident. Boards reacted based on how investors treated both companies. In terms of keeping CEOs, money truly does talk.

CEO tenure, much like stock prices, are all about perception. How employees, customers and investors react often determine how boards view the investment they made in a company's top leadership position.