Why Tax Fraud is So Dangerous for Small Business 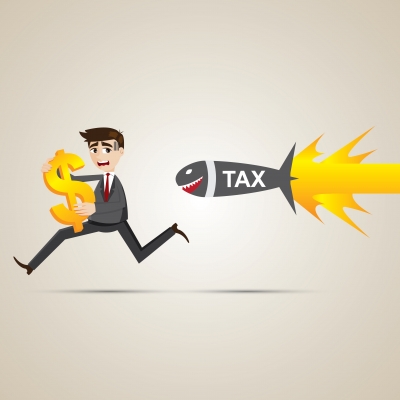 Tax fraud involves either underreporting income, claiming too many tax credits, hiding money from the government through laundering or overstating deductions. Most of the culprits involved with tax fraud aren't large corporations but small businesses. In fact, the Internal Revenue Service states that underreporting of income for businesses is responsible for $122 billion of the $450 billion tax gap.

Because small businesses make up so much of the tax gap, the IRS focuses on them. When a small business is under suspicion of tax evasion, the Internal Revenue Service notifies them of the issue via a letter, a phone call or even a personal visit. The IRS can, at its discretion, can assign penalties to the small business immediately. They also have the option to start an investigation through their Criminal Investigation Division. The CID has the right to contact anyone associated with the business under suspicion. They can even track money and tap phones in order to find out whether or not the company is committing illegal activities. In many cases, the small business must close or stop operations for an extended period of time until the investigation is over.

If the investigation proves that the small business is guilty of tax fraud, the business can expect to pay up to half a million in penalties. These penalties are in addition to the taxes that remain unpaid.

According to the New York Times, it's very difficult for a small business to succeed at not declaring income. Businesses typically don't get away with this type of fraud is because the IRS receives copies of the same forms that the company receives for earning money, including W-2 or 1099 forms.

Tax fraud is dangerous for small businesses to attempt because most small businesses typically do not have the funds on hand to pay their penalties. In addition, being under investigation could cause the business to stop operating for some time, damaging or even destroying the business's ability to make any sort of income as well. The financial backlash associated with tax fraud can be so great that a business trying to defend itself against tax fraud charges may end up having to declare bankruptcy and close its doors..

According to Nexxt, tax preparations can be particularly stressful for small businesses. If a business genuinely makes mistakes in their tax filings, it runs the risk of being audited. Small businesses typically do not have the in-house resources to handle their own taxes, having to hiring an outside firm to assist them, which makes facing an audit more difficult.

(Photo courtesy of iosphere at FreeDigitalPhotos.net)

The definitive story of how a controversial Florida businessman ble...
news from Markets
Five-Year Civil War Has Wrecked the Supremacy of the Yakuza
news via Yahoo News - Latest...
Is Social Security Bankrupt?
article posted by Staff Editor