Why You’re Degreed and Still Out of Work 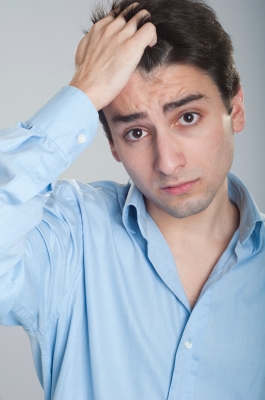 You graduated last June and you’re still out of work. Your grades are good. You sent out a ton of resumes. But all you get are phone calls from friends and family—no HR manager, no recruiter. Zip. Nada.

Take heart. You’re not alone. A recent report by the Associated Press revealed that one out of every two college graduates is either unemployed or underemployed. Many aren’t even working in a field that’s related to their degree—stockroom helper, secretary, waitress, boiler room salesperson—the sad list goes on and on. So what’s up?

It’s Not All Your Fault

In a New York Times article by Shaila Dewan, Alexa Hamill puts some of the blame on when you graduated. “If you’re a 2011 or a 2012 grad, the competition just got fierce—even more fierce—with the let-out of the 2013 class,” said Hamill, the US campus recruiting leader for PricewaterhouseCoopers. “It’s like you’re in overtime, and they brought in the fresh team.” To partially assuage your guilt about not landing a job, young graduates with no experience to speak of have traditionally felt the hammer of unemployment during economic downturns. The current Great Recession and its aftermath has been the longest, most severe we’ve experienced in over seven decades. The downturn has created an anemic demand for goods and services, which obviates the need for employers to ramp up hiring.

Dewan notes that many companies have been hiring workers from their own pool of interns. All the more reason to be very selective about where you intern, and to do the best you can while you’re there, schmoozing and networking like mad. If you can’t get an internship at a company you ultimately would like to work for, then network and connect with as many people in the firm as you can. One way to do this is by attending as many open company functions as possible. Another way is to scour your list of friends and ask if anyone is working or has ever worked for the firm. You should also exhaust friends of friends. The Americas director of recruiting for Ernst & Young, noted that young applicants without some connection to the firm through a friend, mentor or acquaintance can forget about sending in a resume. No entry-level jobs are available to unknown newbies.

Earning vs. Receiving Your Degree

In arguing for earning a college degree, Whetstone staffer Tristin Burris places some of the jobless blame on college grads who drift through college without taking up serious learning. She notes that earning a degree differs from receiving a degree, and that college is essentially a waste if you don’t invest the time to learn. Employers can tell if you just sailed through college and partied or if you really “earned” your degree. How? By reading your cover letter and resume, and by the way you project yourself and the passion you bring to the interview.

If you’re degreed and unemployed or underemployed, connect, schmooze and network with people in the company you want to work for. Polish your cover letter and resume, and practice your elevator pitch and interviewing skills—on the outside chance the phone rings and it’s not your mom, girlfriend or boyfriend.