Will Backstage be Macy's Answer? 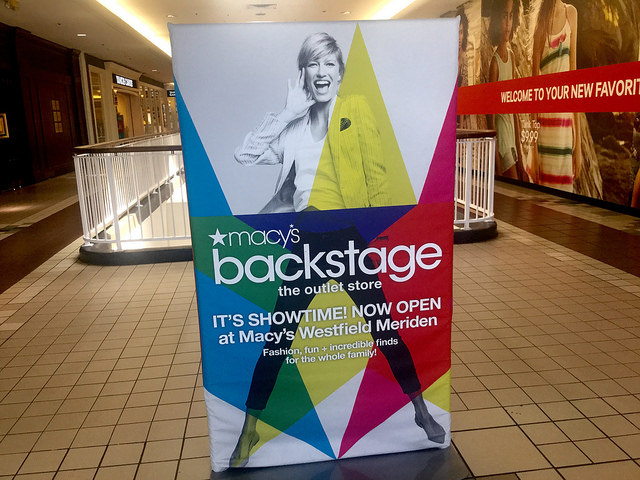 Macy's Backstage concept started in 2015, and as of 2017, it has grown to 33 stores. The idea is this area of Macy's stores contains off-price retail selections in an effort to draw more foot traffic to physical stores. RetailDive asked its experts what this might do for the ailing national chain, and these are some of the most relevant responses.

The difficulty with off-price retail in Macy's is that customers perceive the brand as a store that sells higher-end products. If shoppers expect lower prices from Macy's, the chain may have to make changes to prices across the entire store and not just the Macy's backstage concept.

Lower prices than normal mean less profits in the short term. However, if shoppers notice the difference and return to buy more items over the long term, it could spell success. The difficulty is that Macy's need to play catch-up fast, or else it loses more market share to low-priced chains.

Backstage has one gimmick to get people in the stores: lower prices. Nordstrom's already created Nordstrom Rack, which is its version of lower prices in the store. Nordstrom's model is successful thus far, thanks to dynamite customer service and a fresh customer experience that's more than just low prices.

Another problem deals with malls and the continued decline in foot traffic. Macy's exists in shopping malls across the country. If people don't come to the malls, they don't come to Macy's.

Suppliers could choose to stock Macy's Backstage with different brands of merchandise than the regular store. That would dilute the Macy's brand, and customers might perceive the store differently. For this to be successful, Macy's must maintain its brand image for more than just a couple of years beyond the inception of its off-price retail concept.

Rather than trying to attract its traditional demographic of customers back to the store with off-price retail items, Macy's might totally reinvent itself by leaning toward younger, tech-savvy shoppers. This means seamless, frictionless shopping that focuses on an entirely different customer experience.

Back of the Store

Macy's may attract different types of customers with its off-price retail stores. If that happens over a long-term strategy of several years, the national chain may force itself to convert all of its stores to the Backstage model.

Macy's could have an innovative move on its hands. As mall traffic declines, owners of these mega-complexes need to lower rent for stores or they stand to lose tenants. Macy's lowering its prices could start a trend of stability within malls as buildings lower the costs of stores to keep these places filled. The domino effect could be huge for other retailers.

Off-price retail could just be a trend or an entirely new way of doing business. Only time will tell, and other department stores may monitor Macy's performance to see if they should follow that model.