Will President Trump's Message Bring About a New Healthcare Bill? 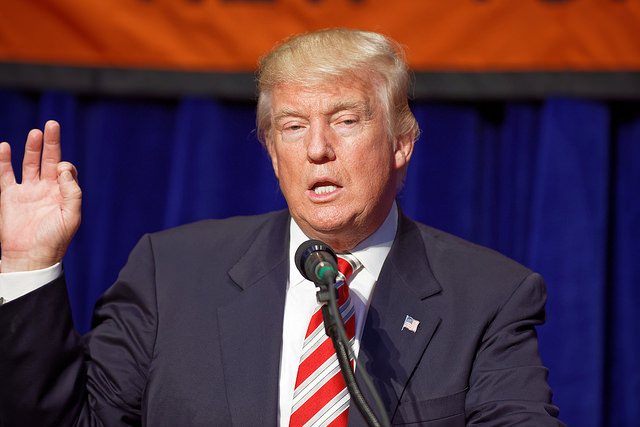 When three Republican senators, including John McCain, broke ranks and voted against the Senate's health care bill to repeal the Affordable Care Act, the move angered President Donald Trump. He threatened the three senators with backlash before taking on a different tactic to try to get health care legislation through Congress. Trump's message turned to congressional health insurance and the health insurance companies themselves.

Trump decided to lash out at Congress for having really good insurance. Members of Congress and their staffs pay around 30 percent of their medical costs, roughly the same amount as private sector employees. Trump's message seems to say that if a health care bill to repeal Obamacare doesn't pass soon, he may take away the health insurance of everyone in Congress.

Trump can do that, if he chooses. The Office of Management and Budget, the federal department that oversees paying federal employees, is under the executive branch of authority. Trump could direct Mick Mulvaney, the head of OMB, to change the rule and rescind the health insurance coverage of Congress. Chances are good that members of Congress would sue the president, and then the Supreme Court would have to decide the fate of congressional health insurance.

If that tactic doesn't work for getting a new health care bill, Trump may also take the fight to insurance companies.

Trump seems to believe that insurers are the evil party in the health care fight. If Trump points out that insurance premiums are rising faster than income, he may have a winning strategy. This very problem alienated the middle class by causing more hard-earned money to go towards health insurance coverage. Doctors felt as if health insurers dictated patient care rather than their care teams.

Insurance companies have a lot to lose if Congress repeals Obamacare without a replacement. Cuts to Medicaid, plus more and more people who lack insurance may head to the emergency room for routine health care, would put an undue burden on health insurance companies. That burden transfers to higher premiums for people who do buy health insurance. Trump can threaten insurers, but they may put up a fight against any health care bill that threatens their bottom line.

If the dramatic vote in July 2017 was any indication, any changes made by a health care bill should be carefully measured by Congress. Because the health care industry is such a large part of America's GDP, any tweaks may have repercussions to the economy in general and not just to health insurance companies.