Will Smart TVs Catch On? 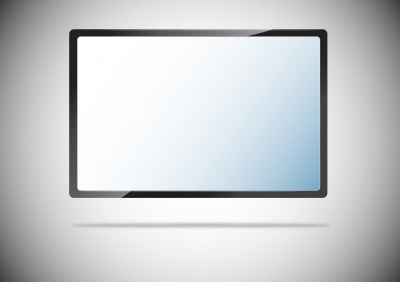 Over the past few years, television manufacturers have tried to introduce several new technologies and products such as 3D TVs into the market. Smart TVs are one of the newer products that consumers have been slow to warm to for a variety of reasons, not the least of which is price and the availability of other devices to do the same job. This doesn't mean that smart TVs are dead, but whether they finally catch on with consumers or not will largely depend on some recently announced improvements.

Smart TVs offer consumers much more than traditional televisions because they have features such as apps and streaming services like Netflix built in. Many of the apps allow viewers to check in on Twitter and post to Facebook while they watch TV. On the surface, it seems like a good idea to offer an all-in-one product like Google Chromecast or Roku that would eliminate the need for separate devices. US consumers have been slow to adapt to the technology though, as evidenced by a poll conducted by market research agency GfK. The poll shows that only 28 percent of television viewers liked integration of apps and television and that smart TVs only make up 11 percent of the televisions in US homes. As far as technology trends go, the smart TV seems like a bust.

One of the biggest factors that has contributed to the sluggish sales of smart TVs is the cost, which is often significantly more than a regular TV. It doesn't help that much of the hardware installed on smart TVs becomes obsolete fairly quickly and that the cost of regular replacement to get the newest hardware is prohibitive for most people. Another issue is that many consumers simply prefer to use their smartphones and tablet computers to access apps while watching television shows, rendering the smart technology unnecessary.

It isn't all doom and gloom for smart TVs, though, as evidenced by announcements at the 2014 CES. While 4K TVs and curved screens were seen as the newest technology trends at the show, smart TV manufacturers were unveiling plans to improve their products. Roku has a new TV platform coming out that will debut on TCL and Hisense sets and may entice consumers to buy smart TVs. Panasonic and LG are also working to improve the offerings on their respective smart TVs in an attempt to increase sales.

The initial interest in smart TVs on the consumer market has been somewhat tepid, but that may all change soon. With recent announcements to improve current offerings, there may be hope for smart TVs yet. Whether these improvements will salvage the technology as a replacement for traditional televisions remains to be seen, but manufacturers are clearly betting that they will eventually catch on.

Why Is Nearly Every Woman In Narcos A Crying Woman?
news via Refinery29