Will The Limited be the Next Store to Fold? 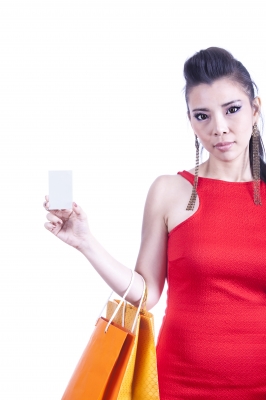 The Limited, a clothing chain that targets professional women, may soon close its doors. After a slew of unusual reports from individual branches and media outlets, industry analysts assume that the store is preparing to go out of business.

The news doesn't look positive for The Limited, which operates 240 stores in the United States. In November, inside sources mentioned that the company was investigating a possible sale, even going so far as to hire Guggenheim Partners to look into financially feasible options for restructuring.

Employees at individual locations have provided fodder for speculation. According to Forbes, a California associate at one branch of The Limited reported that the company is indeed going out of business. In late December, the Star Tribune claimed that all five branches in the Minneapolis/St. Paul area are in the process of shutting down. An employee at one Twin Cities location mentioned a final closing date of Jan. 7, 2017. Company executives have yet to provide official confirmation.

As of Jan. 3, the company's website appears to support the rumors of bankruptcy and liquidation. All items are listed at 50 percent off, and a large disclaimer on the home page states, "All sales final. Please allow 10 business days for processing." The long processing time might indicate an influx of orders, and the lack of returns could be a sign that the company won't be in a position to accept them.

The company's Facebook page also indicates internal changes. Posting stopped entirely on Dec. 13 — an unusual change for a page that previously posted every one or two days. What's more, the final post was an apology for behind-schedule shipping. The prior post referenced another large sale: 70 percent off everything in the store.

With its decline and possible closing, The Limited joins many other mall-based chains that have suffered from decreased traffic in recent years. JCPenney closed 40 stores in 2015, and Macy's and American Eagle Outfitters shuttered multiple locations in 2016. Another clothing company, Aeropostale, filed for Chapter 11 bankruptcy in May 2016 following a long period of dropping sales. Kohl's is shrinking its business to survive in the current market.

The assumed fate of The Limited and other similar stores has been blamed on a variety of trends in the retail industry. With its convenient online sales and fast Prime shipping, Amazon.com has taken a chunk of brick-and-mortar business. Price point also appears to play a role — lower-priced competitors such as H&M have reported increased sales and a positive financial outlet. In fact, in June 2016, H&M announced plans to build approximately 425 additional stores.

Although it's not yet official, the future of The Limited appears to be in jeopardy. As 2017 moves on, shareholders and retail industry experts are keeping a watchful eye on the company to determine the effects of bankruptcy and liquidation.

Photo courtesy of anekoho at FreeDigitalPhotos.net