Will the New Minimum Wage Change Retail as We Know it? 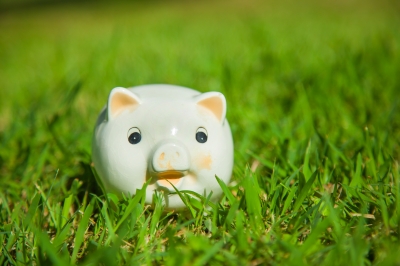 Workers across the country have been fervently fighting to see the minimum wage increased to $15 an hour, and several cities have already put plans in place to make this happen. The retail industry is one of the nation's biggest job sources for minimum-wage employees, meaning retailers are sure to see some big changes should the new minimum wage go into effect.

The changing face of retail should come as no surprise, however, as it has already been taking place long before the "Fight for $15" protests. The gradual customer shift from brick-and-mortar shopping to online purchases made over a laptop or mobile phone has decreased the need for employees to be physically present. An increased minimum wage would likely push retailers to cut even more employees from the picture, such as using kiosks in stores, as well as boosting the trend of online selling.

Although many states and cities have enacted their own minimum-wage laws, the federal minimum wage was just $7.25 per hour in 2014, according to Forbes. This current trend of low wages can lead many workers to do the bare minimum of work expected of them. This can lead retailers to fall short in areas such as customer service because workers don't have incentive to go that extra mile. Even if retailers are forced to employ fewer workers due to increased expenses, higher wages may provide more motivation for employees to give their absolute best, providing the highest level of customer support.

The minimum wage increase would also cause a shift in the workforce. Teenagers and other people with little or no experience looking for an entry-level position would no longer make up the brunt of the force. Instead, retailers would see more people with a higher level of education and experience looking to make a living wage.

Several places have already started phasing in the $15 wage, including Seattle and San Francisco. Oakland, California, has already increased its minimum wage to $12.25, and the effects are evident. In the food service industry, many businesses have started implementing mandatory surcharges on meals as well as increasing menu prices. Retailers are likely to follow suit, increasing product prices to cover the extra cost.

Employers in the retail industry range from small retail stores to large corporations, but small businesses are sure to feel the biggest impact of the wage change. To accommodate the pay increase, employers may find themselves cutting hours, laying off employees and even outsourcing certain tasks to make ends meet if they are unable to cut costs elsewhere. In The Guardian's "What a $15 minimum wage means for US small businesses," many small business owners who were interviewed expressed a fear of going out of business.

A minimum wage hike means big reforms for retail businesses big and small. Retailers everywhere should use this time to think ahead and produce tailored solutions to keep the customer experience positive while minimizing layoffs when the time comes.