Will the New Minimum Wage Come Too Late? 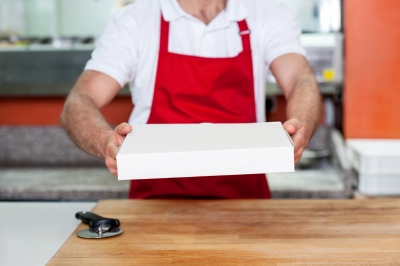 New York and California have just reached deals to increase their state minimum wages to $15. While these increases only affect two states, both tend to lead the way in laws affecting labor, and it's expected that others will soon follow. In part because of the gradual phase-in of the new $15 wage planned in each state, some argue that this necessary increase is actually coming too late.

The Push for a $15 Minimum Wage

When the Fight for $15 campaign began nationally several years, many laughed at the idea that fast food or home health care workers were worth that much on an hourly basis. However, minimum wages had remained stagnant for years in many states, leaving workers at the bottom of the income pyramid failing to keep up with the cost of living. Minimum wage workers in California, where the previous minimum wage was $10, far above the federal level of $7.25, complained of having to make difficult choices between rent and transportation to get to work, unable to afford both.

Minimum wage workers typically feel devalued, which leads to high turnover. Turnover costs can add as much as 50 percent to the cost of a position over a year, leading some to argue that an increase to help retain seasoned employees is a benefit for everyone involved. Benefits also accrue to the economy overall as low-wage workers have more income to spend.

Too Little, Too Late?

However, the California increase is a gradual one, with the full $15 level set for 2022. Similarly, all of New York won't hit the $15 wage until 2021. This gradual phase-in, which is welcomed by many employers having to deal with what amounts to a seismic shift in their annual expense sheets, may mean that the increase has a much smaller effect.

Low-wage workers are only going to see minimal increases initially, which isn't going to close the cost of living gap. Disgruntled workers already feel that they may never see real financial relief, despite the phase-in of the new increases.

The gradual nature of the phase-in gives major employers, such as fast food chains, the chance to set up automated systems that end up eliminating many jobs at the lowest levels. This is already starting to occur despite several retail chains that increased their minimum wages to $15 after the recession ended seeing increased worker productivity and stability and decreased turnover. All chains involved declared the increase to be a success.

Some economists feel the increase to $15 may indeed result in greater automation and loss of some jobs but that this is offset by overall increases in consumer purchasing power. California and New York are thus in the vanguard of what looks to be a nationwide change as companies try to find a balance in minimum wage that protects their bottom line while learning to value their employees more highly.

A brief history of credit cards
news from The Week - Business

HelloFresh: The world's most ruthless food startup
news from The Week - Business