Will the Two-Joint Lunch Replace the Two-Martini Lunch? HR Implications of Legal Marijuana 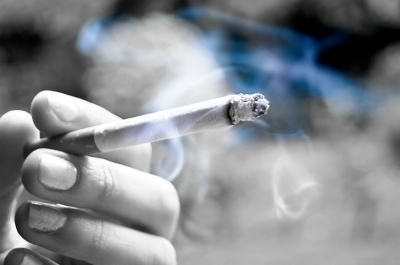 The legalization or decriminalization of medical and recreational marijuana use in Colorado and Washington has changed and will likely continue to change how employers deal with marijuana and HR. It has given rise to questions about how to deal with intoxicated employees, provision of the drug to medical marijuana cardholders and the impact on drug-free workplace policies. Here is a look at some of the implications of marijuana and HR.

Employees Under the Influence

According to several legal cases in the past few years, employers retain the right to maintain a drug-free workplace. This includes the regular administration of drug tests to employees and prospective employees and taking drug usage into account when making hiring decisions. Furthermore, legal precedents imply that termination upon discovery of marijuana in a blood test is still legal grounds for termination. The 2013 Colorado case, Curry v. MillerCOORS, ruled that "lawful activity" constitutes legality at both the state and federal levels. Therefore, since marijuana use remains illegal in 30 states, it stands to reason that it is still considered unlawful in all 50 states from an HR point-of-view.

The Americans with Disabilities Act makes provisions for the use of medical marijuana for people with conditions such as glaucoma, renal failure and cancer. As more and more people take advantage of these provisions, the question arises of how medical marijuana and HR will effect one another. According to Johnson v. Columbia Falls Aluminum Co. and Emerald Steel Fabricators Inc. v. Bureau of Labor and Industries, employers are not required to accommodate medical marijuana users by providing them with the drug. In addition, U.S. Supreme Court decision Alberto R. Gonzales, Attorney General, et al., Petitioners, v. Angel McClary Raich et al., determined that employers are not required to accept medical-marijuana usage as a valid reason for failing a drug test. A recent Supreme Court ruling determined that the Controlled Substances Act does not recognize medical marijuana use as a necessity supported this precedent. Therefore, it is reasonable to assume that employers are allowed to discipline users of medical marijuana, and HR retains the authority to carry out disciplinary actions as outlined in the existing company policy.

In light of shifting marijuana laws, managers are advised to create mitigation strategies when it comes to dealing with marijuana and HR. Managers should incorporate a degree of tolerance into existing drug policies to hedge against legal risk, especially if the company is large. At a minimum, the policy should communicate that recreational marijuana usage on company grounds is prohibited and that recreational marijuana use is not a medically valid reason for failing a drug test.

Ever-changing legislation and legal precedents make it impossible to approach the issue of marijuana and HR with a one-size-fits all approach. HR managers should discuss these issues with their legal counsel to determine how to mitigate potential marijuana and HR litigation while remaining consistent with existing workplace drug policies. HR personnel would be wise to handle each situation on an individual basis, evaluating the details of the case and applying the appropriate laws as needed.