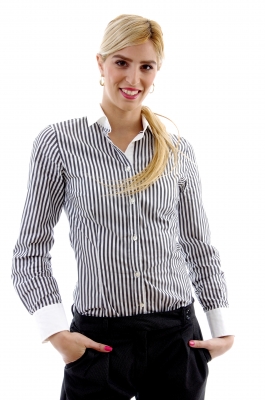 During the past few years, there has been a concerted effort to get more girls interested in engineering jobs and other careers involving technology, science, and mathematics. One way to increase interest in engineering is to share the accomplishments of female engineers with students who have not yet decided which careers they will pursue. Although engineering is still considered a male-dominated field, there are female engineers making great strides in the industry.

The importance of educating people about female engineers became apparent when LinkedIn recently removed advertisements placed by a company that links employers with skilled Web engineers. When the company's chief operating officer asked why the ads had been removed, a LinkedIn representative said the site's members complained about the images the company used. One of the advertisements featured an attractive woman who is actually a skilled Web engineer. In a blog post, the advertiser's COO said LinkedIn users found it impossible the woman in the ad could possibly be an engineer, and LinkedIn made the problem worse by agreeing and removing the ads.

Despite some of the challenges faced by women in engineering, there are many female engineers breaking new ground in the field. Marissa Mayer, the chief executive officer of Yahoo!, was Google's first female engineer. She worked on important projects such as Google Maps, Google News, and Google Images. The director of engineering at Box is Kimber Lockhart, who was responsible for leading the redesign of Box's user interface. Marianna Tessel is in charge of a large engineering team at VMWare, where she is the vice president of engineering. In her role, she supervises more than 200 people.

Jen Fitzpatrick, who is now the vice president of engineering for Google's geo and local efforts, joined the company in 1999. She got her start by working to improve the quality of the results returned by Google's fledgling search engine. Pinterest employs two female engineers, making it a good potential employer for women interested in STEM careers. The lead application engineer is Cynthia Maxwell, who has experience working for the National Aeronautics and Space Administration. She also spent several years working for Apple. Tracy Chou is a software engineer at Pinterest. After completing internships at Google and Facebook, Chou joined Pinterest in late 2011. SurveyMonkey and Bitly also employ female engineers.

Today's female engineers are paving the way for young women who have an interest in technology, engineering, and science. If you want to increase interest in engineering jobs and other STEM careers, it is important for students to understand the contributions these engineers have made to society. Showing students it is possible for female engineers to succeed despite the difficulty of breaking into a male-dominated field could give young girls the confidence they need to pursue high-tech careers in engineering and other fields.

Confessions of a screen addict: I wake up at 2 a.m. every morning t...
news from Markets