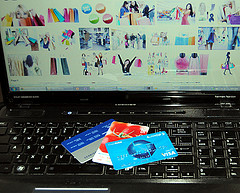 Every year around the winter holidays, consumers find out just how much shopping technology and retail stores have changed from past years. Once-vaunted consumer giants K-Mart and Sears have drastically reduced their staff and stores. Amazon has spent the last decade completely reinventing retail shopping. As a new generation of shoppers steps into the spotlight, take a look at these entrepreneurs and businesses that will shape the future of consumerism.

Forbes produced its inaugural "30 under 30" for retail and e-commerce in early 2015. The list includes 30 young business leaders and owners who have forward-thinking ideas for e-commerce websites, brick-and-mortar stores and new products. This list shows that reinventing retail is not just for established companies, but also for dedicated and invigorated Millennials who look to improve the retail landscape. The one thing all of these young people have in common is a passion for their companies and their causes.

The youngest person on the list is 16-year-old Chase Reed, a Harlem-based business owner who is reinventing retail thanks to a sneaker "pawn shop" that he runs with his father in Manhattan. Reed buys, sells and trades popular sneaker brands such as Air Jordan. Reed's niche business is completely unique, and it fills a gap in the athletic shoe industry's secondary market.

Neil Parikh raised $15 million in capital to run Casper, a direct-to-consumer mattress company that ships products from the factory to someone's home. This move eliminates the middle man and reinvents retail for places that normally require a showroom. Parikh's company touts proprietary sleep technology no one else has.

Olga Vidisheva, an immigrant from Kyrgyzstan, did not speak English when she first came to America. Now, Vidisheva helps small-sized boutique stores with her website called Shoptiques, an online marketplace for boutiques and small stores that otherwise would find e-commerce websites unaffordable. More than 1,200 small shops have signed up for Shoptiques, which is reinventing retail by giving smaller designers a louder voice in the fashion industry.

Erik Eliason and Tristan Pollock co-founded Storefront, a company that gives online-only retailers a chance to have a brick-and-mortar store in temporary spaces. The idea is that once-empty storefronts get tenants until a permanent store pays rent, while online stores get a chance to be seen in public.

Reinventing retail often involves customization. Aubrie Pagano created Bow & Drape, a retail outlet that allows women to design their own sweatshirts, hats and bags that reveal their personality. Pagano calls her store the "Build-a-Bear" of the fashion world.

The ideal e-commerce provides fast delivery times, millions of products and one-stop shopping. As a result, competitors Walmart and Amazon have made moves in recent years to try to move forward with e-commerce platforms. Walmart wants cheaper products with same-day delivery, and the chain's @WalmartLabs has acquired smaller tech startups to compete with Amazon. Meanwhile, Amazon wants a larger share of the mobile tech device market with even more downloadable books, music, movies and television shows.

Reinventing retail is a game for the young, especially since younger generations grow up on new technology rather than having to adapt to new ideas at older ages. Surprisingly, new retail innovations are combining e-commerce with physical stores rather than eliminating traditional methods altogether.

Photo courtesy of StormKatt at Flickr.com

When Did Shopping Montages Die? When Shopping Did
news via Refinery29