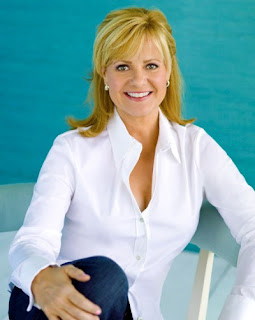 Born in Chicago, actress Bonnie Hunt was raised in a blue-collar neighborhood near Wrigley Field. A nurse's aid in high school, she wanted to be a nurse, but also enjoyed performing.

While working as an oncology nurse at Northwestern University Hospital in Chicago, she made her film debut in Rain Man. Hunt noted that she was a nurse in her heart since she was a little girl and was fortunate enough to have parents who steered her in that direction. But she also always loved the art of storytelling.

She worked as a nurse for five years--two years in emergency medicine, then as a "floater" nurse. She finally settled on oncology nursing and performed after hours at various improv shows, including Second City Theater in Chicago.

Her chemo patients would often take a night out to see her shows. And there were times when she would bring the entire cast of Second City’s Main stage to the hospital. She would arrange to bring all the patients (and in some cases, their beds) to the cafeteria, and her fellow cast mates would put on their regular show. The laughter served as a welcome escape for those battling cancer.

Hunt believes her nursing background helped her—both in her personal and professional life. As an actor, she faced rejection and disappointment, but these emotions paled in comparison to people who lost loved ones or patients who fought so heroically against cancer. As a cancer nurse, she learned not to fear failure.

She insists that nursing also helped her become a better director. She observed that there are so many patients and never enough time to handle all the meds, beds and paperwork. Everything has to be done with kindness and efficiency. She enjoyed listening to her patients’ stories, their hopes, dreams and loves. She has temendous respect for nurses who deal with people in their most personal, spiritual, vulnerable moments.