Are Department Stores Getting Smaller? 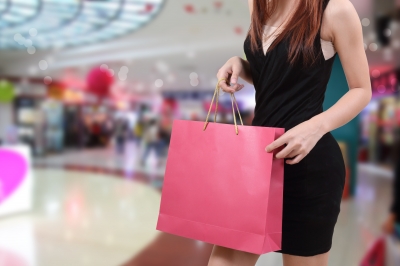 While many would expect a boom in sales to result from department stores expanding and increasing their size, some retailers are taking the opposite approach. Macy's and Kohl's are just two examples of retail stores enhancing their profits by shrinking down business operations, according to CNBC.

Assessing the Broader Goal at Macy's

Department stores, after struggling to increase sales, have begun to look at the broader goal versus immediate needs. For example, according to a November 2016 report by CNBC, Macy's announced the corporation plans to sell five locations to General Growth Properties, a mall operator. The $46 million potential sale, accompanied by the announcement to potentially shutter 100 stores, is designed to enhance profits, even with less stores on the market. Macy's also announced plans to renovate and redevelop approximately 50 locations as part of a strategic alliance with Brookfield Asset Management. The move is designed to optimize the company's real estate, according to CEO Karen Hoguet.

Pruning Down at Kohl's

While Kohl's department stores may not be closing multiple locations, the Wisconsin-based retail chain is pruning down its size to include more small-shop formats, according to CNBC. Plans to decrease inventory levels by 10 percent are also in the works. As a result, pruning down is viewed as more of a long-term plus for the retail chain, explained CEO Kevin Mansell.

Shortly after Kohl's and Macy's announced drastic changes to the size of their department stores, shares increased significantly. Kohl's shares rose by more than 11 percent, whereas Macy's jumped 7 percent higher in November 2016. As a result, S&P Retail ETF rose 3 percent higher. President of Retail Metrics attributed the share increase to the retail chain's move to meet the demand. By scaling the businesses to a more appropriate size and decreasing inventory levels, both companies are driving up the demand for their products and services.

However, it may be too soon to view the changes as successful. The initiatives have positively affected the price of the companies' shares, but underlying revenue trends still pose a challenge. During the third quarter, Kohl's comparable sales dropped by 1.7 percent, whereas Macy's sales dropped by 3.3 percent. Keeping up with changes in consumer buying habits and competition from online retailers continues to challenge the retailers. Regardless, both department stores claim to be optimistic about the upcoming changes to increase profits and customize their customer service efforts.

The push to cater to the customer through customer service strategies, loyalty programs, and both in-store and online shopping experiences still seems to be a priority, even with the potential downsizing of department stores. As fourth quarter profits, revenues and expenses continue to roll in, the upcoming changes may prove that smaller operations could give the retail chains the boost they need.

Photo Courtesy of Pong at FreeDigitalPhotos.net