Are The Days of Yahoo Over? 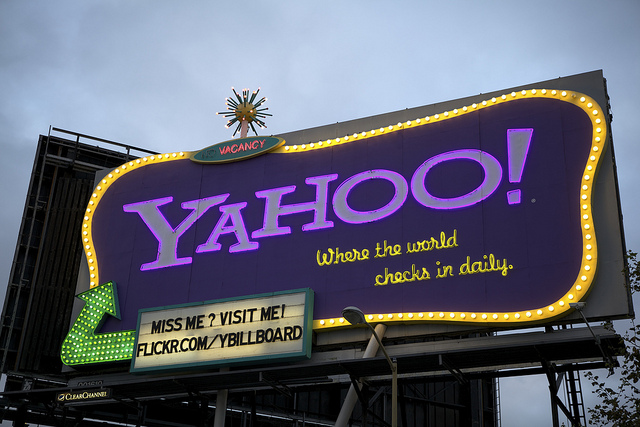 Two Yahoo investors, in separate letters to the chairman of the board, have publicly spoken out against CEO Marissa Mayer's plans for the company just three years after she took over the once-vaunted search giant. Her most recent initiative includes spinning off the company's core Internet business, which earns money through advertising revenue.

However, some Yahoo investors have a different take on the firm's future. Canyon Capital Advisors believes the company's board should sell Yahoo outright or at least sell the core Internet business. Both moves would give investors a greater return on their investments compared to waiting longer for Mayer to turn the company around during her tenure. A previous letter, written by Jeffrey Smith of Starboard Value, also called on the board to sell its core businesses.

A third investor, SpringOwl Asset Management, sent the board a 99-page presentation regarding how Yahoo investors can recoup their money thanks to a huge overhaul plan. This plan starts with letting go of 9,000 employees and replacing Mayer. The CEO has asked the board for another year to turn the company around, a move she has promised since coming to the company from Google in July 2012, notes Forbes.

The letter from Canyon Capital chides the board for following Mayer's guidelines, citing a lack of value for Yahoo investors and a recent trend for executive departures from the company. A contentious meeting back in October saw vice presidents get upset at senior executives for neither listening nor innovating. Part of the reason Yahoo continues to flounder is a lack of mobile assets. Instead, Yahoo continues to try to make money from its desktop computer investments, which account for 80 percent of the company's revenue.

SpringOwl also calls for the sale of the firm's main headquarters in Sunnyvale, California, to raise approximately $1.5 billion in revenue. The firm would lease that building moving forward, a move that could save money should the board decide to downsize the company later. The comprehensive 99-page plan included a focus on new financial content.

Previous plans for the firm to gain a larger market share of the search engine market have yet to come to fruition. In 2014, Yahoo signed a partnership with Mozilla to add its Firefox Web browser as the default browser for Yahoo. This occurred as Firefox lost more market share to Microsoft and Google. Mozilla also tried to revamp Yahoo's own search engine as Yahoo tried to win back its market share.

Unfortunately, Yahoo investors and the board may be doing too little, too late as they try to undo the effects of hiring Mayer. The large company is complex, has a lot of software-as-service products on the table, and still holds a large stake in Chinese e-commerce company Alibaba.

One criticism of Mayer's time with Yahoo has been an inconsistent plan to earn more revenue. Based on the responses of these Yahoo investors, it's time for a change in management at the uppermost level.