Are You Colorblind When it Comes to Diversity? 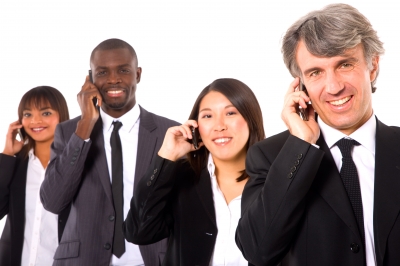 Companies have a wide range of options when it comes to diversity and inclusion. Deloitte, for example, moved towards colorblind diversity efforts, a move that does away with focusing on specific groups of people and fosters a general sense of inclusion in the workplace. Unfortunately, this move may backfire on Deloitte and other firms that try this approach.

Colorblind diversity efforts have a negative impact on companies and individuals. That's because there is less emphasis on demographic differences, and that leads to less engagement from underrepresented groups. Less engagement turns into an increase in perceptions of bias from white colleagues. Attempting to seem colorblind leads to less collaboration, because teams within companies automatically gravitate towards other teams that have a similar demographic makeup. When collaboration happens like this, innovation stalls and engagement falters even further.

In Deloitte's case, it claimed that employee resource groups leave out white men, don't connect well with company leadership and go against what millennials want in the workplace. Deloitte cites numerous studies and surveys that show millennials dislike the pigeonholing effect of demographics. These younger workers don't like being categorized, and they would rather get ahead on their own merits. Further, colorblind diversity efforts claim to work because white leaders of companies should turn into advocates for minority groups and women.

The move towards employee resource groups, or ERGs, comes from several metrics. ERGs take into account customer insights, employee engagement and talent development by looking at raw numbers and analytics. These groups then make recommendations based on the data. This mechanizes inclusion while finding top talent for companies. ERGs drive growth and innovation through raw data, but these colorblind diversity efforts and metrics may fail to take into account the humanity of the group as a whole.

The problem is that these metrics leave out basic inclusion efforts. Although ERGs comprise minorities and underrepresented groups, they fail to include the people these ERGs exclude based on their membership. Customer metrics may not take into account the ethnic makeup of these groups, because a firm's diversity should match that of its customer base. Diversity leads to happier employees, which improves retention rates and reduces turnover. Diverse companies respond to market forces faster and innovate better.

How to Solve the Basic Problem

Rather than embrace colorblind diversity efforts and do away with ERGs, firms should move towards multiculturalism. This type of diversity recognizes the value of all demographic groups and that everyone should embrace the inputs from all groups. ERGs must work closely with leadership to make recommendations. ERGs should present ideas as advocates for change rather than presenting solutions as raw data. ERGs and leaders need to make behavior-based changes to business strategies instead of focusing solely on KPIs, customer feedback and data analysis.

Colorblind diversity efforts leave out majority groups, which can be just as bad as excluding minorities or underrepresented groups. Finding the right balance of metrics and concerted inclusion strategies is the way forward, because these factors maintain honest, open lines of communication among all employees regarding diversity in the workplace.