Avoid These Mistakes When Firing an Employee 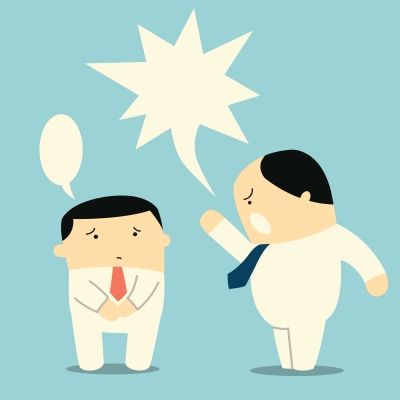 Managers should avoid firing an employee if there is a chance of committing a grievous error. Firing an employee can be a stressful moment for any supervisor, but a manager has the right to fire an employee only under the right circumstances. Consider some warning signs that firing the employee may be a mistake before proceeding with the termination.

Firing an Employee On Impulse

Too many times, employees lose their jobs over simple complications or confrontations. Taking the steps to fire any employee should be a calculated and careful decision process for any manager, but making the mistake of firing an employee impulsively can lead to severe regrets and reprimand later. If he is a good worker, a bad performance moment should neither cost him a job, nor the company a valuable worker. If an employee makes a mistake, he should be given a chance to vindicate himself.

Some managers make the fatal mistake of firing employees simply because they don't like them or were not fond of their personalities or character. If there are no clear, substantial reasons for firing an employee, then you shouldn't do it. A termination decision that is influenced by an employee's race, religion, sexual orientation or age is unacceptable for any company or organization. Doing so is a sign of unethical management practice and is punishable by law.

Make sure that your reason for terminating a worker is backed by company policy before you move forward. Managers who fail to adhere to company termination policies and procedures can find themselves in serious legal trouble after firing employees. An employee who believes that he was fired wrongfully can pursue further action and file a complaint against you or the company through the human resources department if company policies are violated.

Never berate an employee after you fire him, and do not fight with an employee under any circumstances. Committing this kind of firing mistake is unprofessional and unnecessary on your behalf. If you have to let an employee go for any reason, it is important to inform him in private and in a professional manner. Being respectful to the employee is essential, even if you must let him go. Mistreating an employee during the termination process is ill-advised, and an employee may file a complaint against you for doing so.

Whether a manager has absolute authority to fire an employee or not, making a wise decision and executing the termination process professionally is crucial. There can be instances in which a manager may be unsure, so he can seek advice from a fellow manager, a supervisor or a human resources professional. Removing emotion from the decision-making process is key for clarity in each case.

'Pain is a great teacher': How Ray Dalio, the world's most successf...
news from Markets
Meet Brock Pierce, the Presidential Candidate With Ties to Pedophil...
news via Yahoo News - Latest...