Building Your Network - The Biggest Mistakes That Introverts Make 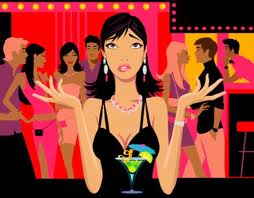 There is really no underestimating the power of your professional and personal network. Just about anyone you ask will tell you about the job they got because they had a friend who had a friend who knew someone. I was talking to a friend of mine earlier this week. He had been working with a construction company for a few years and had just been let go. He was, of course, upset and worried about what he was going to do and how long it was going to take to find a new job. And, with the way the job market is right now, I can't say that I blamed him.
What really saved him was the fact that he is an extrovert and has an innate talent to talk people into just about anything. So, the first thing he did was call every single person he knew and told them about what happened with his job. By the third day of his unemployment, he had spoken to almost every contact he had. On the fourth day, one of his friends called him and told him that his uncle was hiring. He called the contact and had an interview and job offer the very next day. Now, he is working in a job he really enjoys and is getting paid substantially better he was at his previous job. He says that getting laid off was the best thing that ever happened to him. Of course, this is a specific situation of really good networking combined with a whole lot of luck.
But, what are those of us who are introverts and not that great at networking to do? As an introvert myself, I know how hard it is to make and nurture casual friendships with a large number of people. I tend to have just a handful of close friends because I am not very good with the chit-chat necessary for casual friendships and acquaintanceship. There are, however, a few mistakes that introverts make that can actually make things harder than they need to be.
According to Psychology Today, here are some of the mistakes introverts make when it comes to networking:
If you are an introvert, don't think that networking is something you just can't do. Even if you have to force yourself, kicking and screaming, to attend a party or social event, just do it. You might have to take frequent breaks and bring along a trusted friend, but once you take the plunge and start getting to know people, you may find that you are actually having fun.
By Melissa Kennedy- Melissa is a 9 year blog veteran and a freelance writer for CSJobsBlog. Along with helping others find the job of their dreams, she enjoys computer geekery, raising a teenager, supporting her local library, writing about herself in the third person and working on her next novel.