Cable TV is Struggling, Big Companies Go to the Web 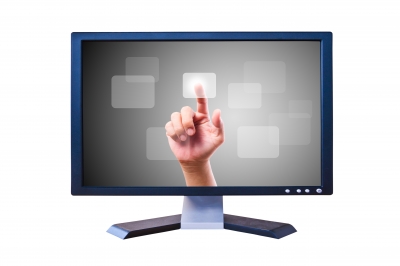 When it comes to television, cable companies are facing the same fate as print media companies: a slow decline and a move to the Internet. As more consumers turn to mobile TV options like Hulu and Netflix, large corporations are turning to Web-based delivery methods. For media professionals, it is crucial to keep an eye on the trend in order to best advise clients on matters of advertising and marketing.

For communications professionals, the slow downslide for cable companies comes as no surprise. As users become more and more connected to their electronic devices, they are more likely to want their television shows on demand. Mobile TV services offer consumers the chance to choose their viewing time. Rather than sitting at home waiting for a favorite show to start, viewers can start a show at any time.

In addition to the schedule flexibility, cable companies face significant competition in the pricing area. Many online television subscriptions cost less than $10 per month, while a cable subscription can be $100 a month or higher. In a tough economic climate, the difference in cost can be a make-or-break factor for many consumers.

Many enterprising businesses have responded to the changing television trend by making devices that stream online shows onto a traditional television. As a result, consumers can enjoy a large picture without a cable subscription—and in many cases, viewers are opting to cancel their cable plans entirely. The Nielsen Co. has named these people "Zero TV" consumers. The Zero TV crowd does not necessarily watch less TV, according to a recent story from InvestorPlace; they are simply using different devices.

Large companies have taken notice of the rapidly changing behavior of viewers. Many non-media companies have started moving their advertising dollars to the Internet. In turn, cable companies are struggling to attract big-name advertisers, which damages their ability to fund new shows to bring in fresh viewers.

The major cable companies are also contemplating the future. In order to survive in an increasingly digital world, they will need to update their business plans to meet the changing needs of consumers. For many large cable providers, this means shifting focus to the Web. Some will offer pay-per-use subscriptions, while others will choose to stick with the traditional method of television delivery. Regardless, it is certain that cable television cannot remain as it is.

Whether you work in advertising or communications, the future of cable companies will have a significant impact on the way you advise your clients. Altering advertising strategies due to a change in consumer buying habits will have far-reaching effects. By staying on top of the latest television trends, you can provide efficient, helpful services.

The future of TV advertising is here — and it involves targeting th...
news from Markets