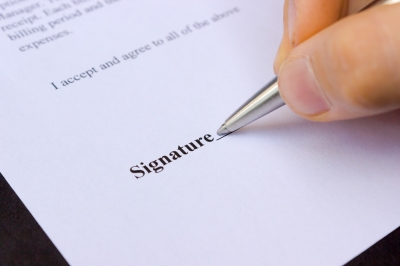 During his presidential campaign, Donald Trump promised to repeal and replace the Affordable Care Act. Now that he has taken office, taxpayers, government organizations and insurance companies are waiting to see how his statements play out in reality.

Trump took the first step toward erasing the Affordable Care Act during his first day in office. On Friday, January 20, he signed an executive order that states, "It is the policy of my Administration to seek the prompt repeal of the Patient Protection and Affordable Care Act."

The order goes on to outline the actions that are possible in the meantime. Most notably, it enables federal agencies to avoid enforcing the financial penalties associated with the law. Under the order, agencies are able to use waivers to eliminate fines for states and taxpayers — although it is not spelled out explicitly, the order appears to be targeting the fines for not carrying health insurance. Agencies can also use exemptions and delays to achieve the same goal.

The executive order also encourages greater implementation flexibility for states within the provisions of the Affordable Care Act and encourages the development of a free and open insurance market. In terms of actual legal changes, it states that any revisions of the health care law must happen in accordance with the Administrative Procedure Act.

Although Trump's executive order restates his promises to change the Affordable Care Act, it is only a first step. The process of repealing and replacing the law is significantly more cumbersome and time consuming, particularly given the complexities of the system. The Senate took the first step before the inauguration by passing a budget resolution for the drafting of a repeal bill. To move forward, the House must follow suit. Then, lawmakers must write the repeal bill, amend it, create compromises and vote to send it to the president — a long, time-consuming process, especially considering the expected resistance from Democrats.

Further complicating matters is the fact that Trump has promised to replace the Affordable Care Act simultaneously. This process is essential to ensure that more than 20 million Americans are not left suddenly with no insurance coverage. If the government follows through on Trump's promise and tries to do both at the same time, the sheer volume of the workload could swamp the government and push other agenda items to the back burner.

Both Republican and Democratic members of the House and Senate have expressed reservations about the timeline, noting that a replacement bill is nonexistent. Others have answered that the replacement must be drafted in committee and debated in open hearings.

Legally, it is possible for Donald Trump and his government to erase the Affordable Care Act. Given the necessary procedures, drafting and voting that must take place in the meantime, experts do not expect a fast turnaround.

Register
Sign In
100 Days Of President Trump’s Corporate Government
news via Business - The...
Trump-Don’t-Care
news via Politics - The...