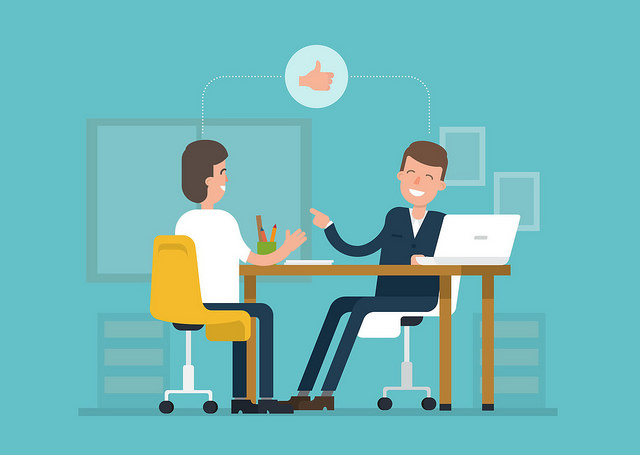 Traditional interviews are deeply rooted in many organizations' hierarchies. Most employers can justify this reasoning; they were hired by a traditional interview, so it must work to a certain extent. In addition, many find it's hard to use a different method. But could this be hurting your business? Some companies seem to think it might be detrimental.

There's an emerging trend to replace traditional interviews, mainly because interviewers are generally quite bad at assessing soft skills such as communication, listening and empathy. It's easy for a well-spoken and confident candidate to skip through crucial areas of weakness, primarily because you can't assess organizational skills or actual management skills via traditional interviews, which effectively boil down to a half-hour chat.

So, What's the Alternative?

Some companies are taking their prospective employees out to dinner and having a much more relaxed chat over a longer period of time. However, this still fails to assess the basic issues posed by traditional interviews: determining soft skills and ensuring honesty. It also brings additional complications, such as it may discriminate against certain employees, notably those with food allergies, disabilities or a dislike of specific cuisines.

Many companies offer screener tests online, where interviewees can fill out forms about their prospective jobs and what they would do in certain situations. But this crude form of psychometric testing has been shown to be flawed since the 1970s, when Dr Timothy Leary escaped prison after filling out psychometric tests that he had designed. The takeaway is that these screener tests are better at looking for people who know the right answers rather than people who would take the right steps.

Some companies use video interviews through platforms like Skype or Hangouts, but again, these are barely better than traditional interviews. However, it can be useful to see what the interviewee thinks is appropriate when on the other end of a camera. Companies may also use role play or even live auditions to select the right candidate. This can be somewhat effective but still only provides a snapshot of what a candidate can do under artificial circumstances. It's not equivalent to testing candidates out in the job, but it might be able to weed out some of the less-suited candidates. On the other hand, it may accidentally weed out candidates who are nervous about starting a potentially new job and need a little time to settle in. Most applicants admit to stretching the truth on their CV and sometimes even in the interview process itself, so for businesses, it's worth carefully checking references and doing a little outside research on their chosen candidates.

Overall, traditional interviews still have their place in most companies, and alternatives rarely address the core issues that arise as they often rely on interviewees being completely honest. Have you ever had a candidate who was great during the interview but horrendous at work? Share your story in the comments below.

The president of the New York Stock Exchange on her mission to get ...
news from Markets