Contrary to Popular Belief Retirement Benefits are Not Dead 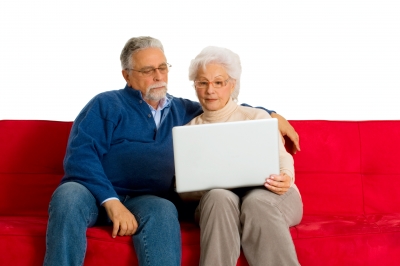 The Nationwide Retirement Institute surveyed 334 small business owners in the United States and found that just over two-thirds of them believe that the implementation of the ACA makes it more difficult to offer competitive medical benefits to their employees. Offering retirement benefits is an alternative way for small businesses to attract talented employees. According to John Carter, president of the Nationwide Retirement Institute, health benefits were once the deciding factor for many professionals in choosing where to work, but retirement benefits are more important now that health insurance is available on the open market.

Carter claims that employees look at "the entire package" of salary, medical benefits and retirement benefits when deciding where to work. According to 64 percent of the small businesses included in the Nationwide survey, medical benefits have already become a less important part of that equation since the introduction of the ACA. Forty-three percent of surveyed businesses say that they have already increased their employer contributions to the retirement plans of their workers as a way of remaining competitive in the wake of the ACA's implementation.

However, the effects of the ACA for employees and job seekers have not been all positive. Nearly a quarter of the companies included in the recent survey plan to replace some of their full-time workforce with part-time workers in order to avoid having to provide health insurance. A further 16 percent intend to cut jobs during the next couple of years as a way of reducing costs. This could make life harder for job seekers who are looking for a full-time role.

On the other hand, the ACA could open up the possibility of taking early retirement for millions of Americans. The availability of affordable health care, particularly for people with pre-existing conditions, frees employees from having to work until they are 65 and eligible for Medicare in order to keep their employer-sponsored health insurance. The ACA also opens up opportunities for those who want to start their own businesses but have been put off in the past by the lack of employer-sponsored health care.

According to the National Retirement Institute, the implementation of the ACA is already having a dramatic effect on the retirement benefits offered by small businesses. Based on this latest research, the Institute predicts that more businesses will start to offer better retirement benefits as a way of differentiating themselves from their competitors in the battle to attract top talent.