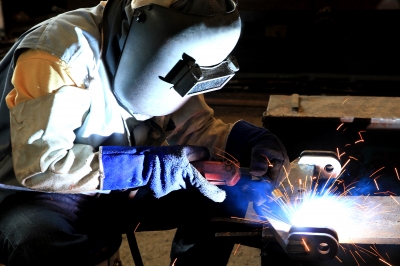 Tax breaks, subsidies and other incentives are a popular tool of states, cities and counties to create new jobs, but recent studies show they may be less effective at achieving this goal than originally hoped.

When incentives such as tax breaks and subsidies are used to entice corporations, this situation results in a bidding war where different regions of the country try to outbid each other to be more attractive to job creators. One flaw to this approach is that smaller start-ups with a greater potential for new job creation — rather than just job relocation — are rarely targeted to receive these tax breaks and incentives. Rather, larger, more established corporations (who are past the point of initial expansion) are the ones who are often targeted by states, cities and counties for these incentives. The result is that an already fixed set of jobs merely get moved to a different region of the country, rather than new jobs created. When new positions are actually created by these companies, they would likely have been needed anyways, and the relative cost to tax payers is very high.

Corporations use tax credits to reduce the cost of doing business and therefore increase their profits. And since several of the credits are transferable, companies use exchanges to sell them to one another. This leads to a situation where the tax-funded incentives are given away without creating any jobs or aiding the taxpayer at all. Some of the companies who receive these credits work over state lines — for example, movie production companies — and wouldn't be subject to state tax bills anyway. Likewise, these out-of-state production companies often create temporary positions, rather than full-time dependable ones for local taxpayers.

Occasionally, the companies who receive tax breaks and other incentives create new jobs, but at an overwhelmingly high cost. A study commissioned by the advocacy group Good Jobs First found that in companies who received subsidies and tax credits worth $75 million, the cost for new jobs created was $456,000 per job. Also, companies sometimes use the threat of shutting down a facility to renege on a debt. In 2011, the state of Texas billed Amazon for $269 million in sales taxes, but the company didn't want to pay. In response, Amazon threatened to shut down its local distribution center, which would eliminate 119 jobs. To avoid this, the state of Texas forgave the debt, resulting in a cost of $2.3 million per job saved — a huge tax break.

Although many policymakers see the irony and ineffectiveness of this practice, the persistent use of it by their fellows puts them in an awkward position. With others continuing to use incentive packages to entice companies, they escalate the competitive atmosphere, creating a no-win contest.

The use of tax breaks, subsidies and other incentives generally result in a bidding war between regions to obtain jobs that already exist in another. This relocates jobs, but doesn't often result in job creation that wouldn't have already been created without the incentives.

Photo courtesy of Koko-Tewan at FreeDigitalPhotos.net

Are corporate tax incentives worth it?
news from The Week - Business