Do You Have a Love/Hate Relationship with Your Co-Workers? 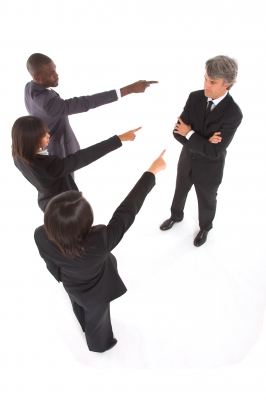 Co-workers rely on one another for more than budget reports or computer maintenance. They often provide emotional support during life changes, persevere together through difficult projects and trade complaints about work. Despite the potential for close ties, employee engagement is at an all-time low as workers struggle to find the right balance of autonomy, collaboration and socialization in the workplace. Employers who fail to foster productive partnerships may unwittingly create a company culture of frenemies.

TINYpulse, an organizational culture assessment firm, consulted a global workforce of 400,000 people from 500 companies about the factors they love and hate most about their jobs. More than 50 percent of respondents said their work peers were the highlight of their jobs, but many also cited immaturity, complaining, understaffing and poor communication among colleagues as major obstacles to productivity. Similarly, the 2013 Gallup employee engagement survey included data from 230,000 workers in 142 countries. Roughly 63 percent said they were unhappy and not engaged in their jobs, while 17 percent admitted to being "actively disengaged" and antagonistic at work.

In environments with low employee engagement, workers mentally check out and gravitate toward social peers who provide temporary distraction. Unfortunately, co-workers who share a detached mentality are rarely a good source of motivation or optimism. Employees who are not emotionally invested in the company don't have incentive to put extra effort into projects or to dig for the best solutions. Widespread dissatisfaction often leads to low accountability, higher absentee rates and an increase in avoidable mistakes. Everyone else is forced to struggle with a larger workload to make up for employees who act against the interests of the entire team, including their friends.

However, companies coping with poor employee engagement are not doomed. Respondents to the TINYpulse survey found work most satisfying when they were given the autonomy to do their jobs without obstacles, such as constant interruptions, frequent meetings and inadequate resources. They also valued strong leaders, a positive environment, learning opportunities and attractive perks. The workers viewed a stagnant company culture as the chief problem preventing them from fulfilling their roles and expanding their potential.

Impassioned leaders have the power to infect others with their enthusiasm and drive, but they can do so only when they are willing to listen to employees and heal broken relationships. Managers who understand existing operational problems can create better teams made up of employees who complement each other's skills and take initiative without micromanagement. They investigate changes in employee engagement to root out conflicts that make positive outcomes difficult to achieve. Good leaders also provide opportunities for workers to strengthen their skills and learn from one another, so they can avoid miscommunication and oversight as much as possible.

Employee engagement comes from gaining a sense of value and empowerment within the company. Employees want to work in companies where their ideas are heard and quality work is recognized. When workers are rewarded for collaborating efficiently, they have fewer reasons to drag down the team with self-serving behavior.