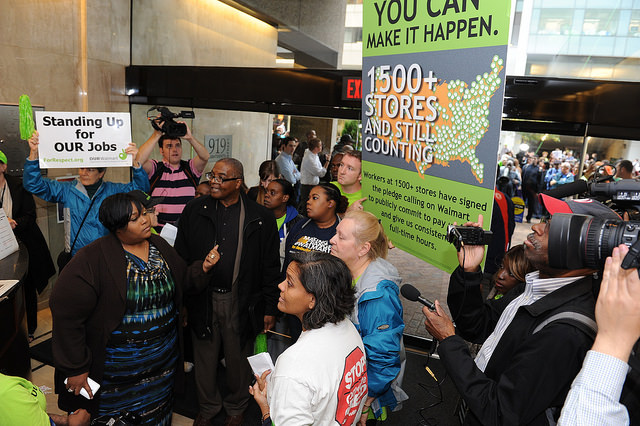 Pay disparity between men and women has made headlines in recent years. Statistics show that women earned about 79 cents for every dollar men made in 2014. Reasons for pay disparity vary. Women may take more time off from work than men to care for children, and they often work in lower-paying industries. However, some instances of pay disparity may be discriminatory.

The Equal Pay Act of 1963 states that men and women working in the same type of position must earn the same amount of pay, including wages, salaries, stock options, bonuses and reimbursements. If the law is not followed, an employee may have a valid case for pay discrimination.

Someone can prove a pay discrimination claim in court if their case meets several factors. First, two employees within an establishment must hold similar positions requiring equivalent skills. Second, their jobs must require the same amount of physical effort. Third, the level of job responsibility must be the same for the employees being compared.

Dissimilarities in duties or responsibilities might undermine a claim of pay discrimination. For example, an employee who oversees 10 people might be expected to earn higher pay than a worker in a non-supervisory position.

Differences in pay are also allowed on the basis of merit, seniority and quantity of production. When pay disparity is based on these factors, it does not necessarily meet the standard for discrimination. If two people are in the same position and one makes more sales than the other, for example, the person with the higher sales can earn more money than the one who made fewer sales.

Men and women should receive the same pay for equivalent work. Employees who believe they have been the target of discriminatory pay practices can take up to two years to file a lawsuit in court.

The Struggles of Women in Manufacturing
article posted by Staff Editor