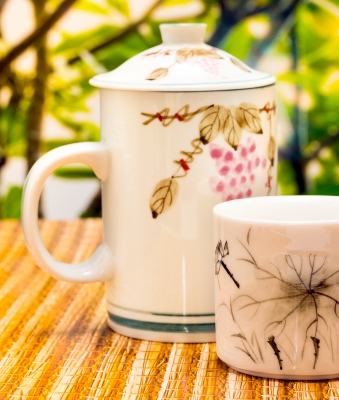 Tea is a popular beverage and has a long historical lineage, being notorious for its role in an act of historical tax defiance yet still being a much-loved cold drink on a hot summer's day. Yet there are numerous tea myths, and many of those are due to poor reporting and a tendency to cherry pick research that is tentative at best.

The first big tea myth is that milk somehow undoes all of its benefits. While that might be plausible if milk somehow drastically changes tea, the truth is that milk and tea are just a mixture with a few chemical reactions occurring. Adding milk to tea has no effect on the number of catechins (a type of purportedly beneficial antioxidant) present in the tea, apart from diluting it slightly. Indeed, a study published in Food Research International in 2013 showed that absorption rates were slightly enhanced with milk.

The reason this tea myth exists is because a small study was completed in 2007 that indicated milk inhibited the effect of catechins. Because the study group consisted of 16 people, it's considered too small to be clinically relevant, and further studies have not replicated this effect.

Despite popular thought, black tea does not necessarily have more caffeine than green tea. While it's true that fermentation can have an effect on caffeine levels, so can how and where the tea was grown as well as the size of the fully grown leaves and the type of processing it's undergone. None of these factors is unique to green or black tea.

Various websites state that drinking green tea is the key to weight loss, but unfortunately, this is just another tea myth. In rats, it can decrease fat absorption, but this doesn't appear to translate to humans. A study in The American Journal of Clinical Nutrition indicates that tea has no effect on weight loss, although this study was small. At the moment, there's no evidence to indicate that tea has a weight loss effect in humans, and exercising is still considered a better option for losing weight.

Unfortunately, mint increases acid production in the stomach, leading to an increase in gastrointestinal distress or heartburn. Ginger tea is often touted as an alternative, but even ginger can cause issues with bloating and stomach upset.

This is a tea myth backed up by the multi-billion-dollar weight loss industry. While detox teas can help you lose weight, the weight lost is usually water weight. As soon as you drink more water, the loss typically reverses. This isn't a healthy way to lose weight, in other words.

Tea is a healthy drink overall, but its benefits have to be carefully measured, as there are many outrageous claims regarding its health benefits. However, tea's antioxidant properties appear to have some protective effects. Overall, while the tea myths are bad, some benefits of tea are still impressive.