Does the ACA Affect Your Taxes? 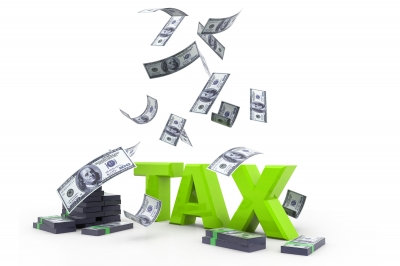 The Affordable Care Act (ACA), sometimes referred to as Obamacare, is a law that will have tax implications for many Americans. No matter your tax bracket, you're likely to see a change in the amount you pay or get refunded. Some will experience more tax implications than others depending on how much they earn, their investments, and whether they opted to get coverage or not.

Any individual who earns at least $200,000 per year will have to pay a Medicare surtax in the amount of 0.9 percent. This surtax also applies to couples who earn $250,000 or more combined. If a married couple files separately rather than jointly, the tax will trigger at $125,000 for each spouse. This part of the Affordable Care Act is referred to as the Additional Medicare Tax, and it applies to both traditionally employed individuals and self-employed workers. Employers are responsible for withholding this tax from workers' paychecks once earnings thresholds are met. This tax is subject to refunds if employees overpay, just like other taxes that are taken out of paychecks.

The ACA will have tax implications for high wage earners who have certain investments as well. A taxpayer who earns at least $200,000 or a couple who earns $250,000 or more combined and has investment income may be subject to further tax implications. The Net Investment Income Tax pertains to capital gains, interest, dividends, and other forms of income that are not a part of work wages. Alimony, Social Security payments, and a few other forms of income are exempt from this 3.8 percent penalty.

One of the most talked-about aspects of the ACA is the penalty those who don't get coverage will have to pay. The amount of this penalty varies and can be waived for those who do not meet a minimum earnings threshold for the year. The IRS is expected to collect this penalty starting in 2015 for those who didn't get coverage by the cutoff date in 2014. This penalty's tax implications could be very far reaching but will depend on how many Americans opt not to get coverage. The good news for the millions likely to enroll in a plan is that many hospitals and others in the healthcare sector are hiring to ensure they have enough staff to handle the influx.

Tax professionals will have a lot of changes to explain to their customers once the tax implications of the ACA kick in; further changes will need to be explained next year as well. Thankfully, the IRS released final regulations in November 2013, so accountants have had time to learn the new code before preparing any tax documents.

On the eve of the craziest Obamacare enrollment period yet, we spok...
news from Markets