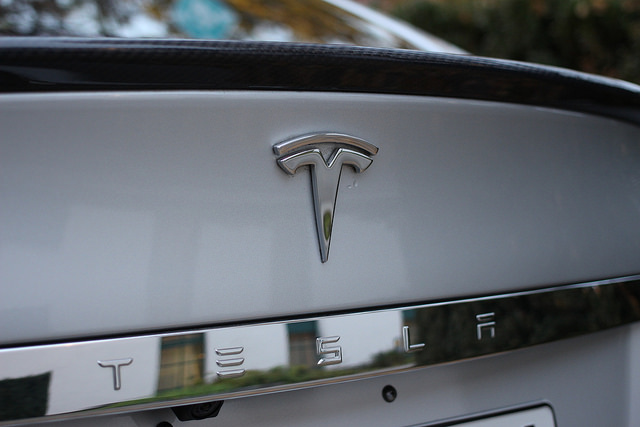 The Ford CEO Mark Fields claims that his company is capable of building an electric car to rival the Tesla Model S. Ford's new model is expected to have a similar range and speed to Tesla's popular Model S vehicle.

The only electric car in Ford's current range is the electric Ford Focus, which is a very small car. Ford also makes some hybrid models, but the Focus is the only all-electric car currently produced by this multinational auto manufacturer. According to Mark Fields, Ford plans to add a larger electric car to the company's current line up.

The Ford CEO denies that the new electric car will be a copy of the Tesla Model S. However, Ford did buy a Model S to analyze how the vehicle works. According to Mark Fields, Ford engineers took the car apart and put it back together again in an attempt to better understand the technology. This purchase led to many reports that Ford could be planning to produce a Tesla-like car. Ford has not confirmed production of such a vehicle, but the comments of the CEO suggest that developing a new electric car could be high on Ford's list of priorities.

Tesla's decision to open its patents to other automobile manufacturers in June 2014 could have contributed to Ford's interest in developing a Tesla-like electric car. Although this might seem like a strange business decision, Tesla could actually benefit from other automobile manufacturers using its patented technology. Tesla plans to build a huge factory in the U.S. for the production of electric car batteries, which would be purchased and used by other manufacturers of electric vehicles. This factory will be the biggest lithium-ion battery factory in the world when it is completed.

Tesla has contributed hugely to developing the batteries that power electric cars. Tesla cars use advanced lithium-ion batteries, which use doped materials to improve their efficiency and capacity. These batteries give the Tesla Model S vehicles their impressive range, and will likely also be used by Ford in its new electric cars. The small range of the Ford Focus and its modest performance levels are the main limitations of the car. Ford plans to expand its electric vehicle market by creating a larger vehicle that offers a long-range similar to that of the Tesla Model S, which can run approximately 250 miles on one charge.

Ford's pre-tax profit during the last quarter was $1.2 billion, which is a substantial decrease from 2013. Ford's decision to develop a Tesla-like electric car could be an attempt by the global auto manufacturer to turn around its falling sales figures and flagging profits. The new Ford electric car could be a rival to the Tesla Model S, as the two cars are expected to have similar ranges and speeds.

Register
Sign In
Sedans vs. SUVs: What vehicle is right for your agency?
news via PoliceOne Daily News

The secret to Steve Jobs' and Elon Musk's success, according to a f...
news from Markets