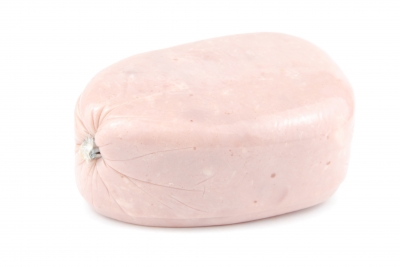 Science never fails to astonish us with its innovative discoveries. Just recently, a team of Dutch scientists came up with a brand new protein source: lab-grown meat. Maybe you're inspired by this edible development, or perhaps you flinch at the thought of artificial flesh. Either way, there are a number of considerations to take into account—whether you have any beef with this particular discovery or not.

In August 2013, Maastricht University professor Mark Post was photographed holding what appeared to be a burger patty in a petri dish. Indeed, when questioned, Post confirmed the identity of the substance: it was the world's first lab-cultured hamburger. The Dutch scientist and his team introduced shoulder-muscle cells—which were harvested from two organic cows—into a nutrient solution, where they grew into muscle strands.

This entire creative process took five years to perfect; then, it was shaped into a five-ounce patty and fried over a burner in a British TV studio. Naturally, Post got the first bite. Next, Australian nutritional scientist Hanni Rutzler and American author Josh Schonwald got to taste the cuisine. Nobody spat it out—although it could apparently have used a little seasoning and a touch of sauce.

If Post's method ever becomes viable for use in a mass-production facility, farming industry pundits would probably start to worry. The cultured-meat production process uses between 82 and 96 percent less water, occupies 99 percent less land, and generates 78 to 96 percent fewer greenhouse gases than does the use of real cattle. Certainly, the livestock trade could suffer if artificial steak became common. Before panicking about economic collapse, abandoned farms, and a potential bovine exodus en masse, however, consider this: not everyone will feel drawn to a lab-grown stew.

In fact, if it is eventually packaged and stocked next to the pork tenderloin section, the immediate consumer reaction to artificial meat is likely to be mixed. After all, it's grown in a lab—not on a cow. That creates a confusing paradox, as well as a potential gateway for a brand new set of dietary habits—PETA-approved, no less.

Vegans would almost certainly bypass the product because of its origins; some vegetarians, however, would probably be tempted back into the world of animal protein by manufactured meat. People turn to vegetarianism for a variety of reasons: some want to improve their diets; others avoid meat because of a deep affinity for animals. Cholesterol-free, omega-3-laden artificial meat would offer attractive benefits to many health-conscious people and assuage the concerns of some animal lovers.

Historically, controversial theories have emerged along with new food sources—so the introduction of lab-grown meat would undoubtedly produce a rebuttal. Some parties would see its potential for heme-iron production as a good thing; others would ponder about the genetic ramifications of a man-made cutlet. One thing is clear: artificial quarter-pounder patties are unlikely to cause as much health-related havoc as radium-enriched commodities did at the beginning of the twentieth century.

Some people find the idea of artificial food abhorrent; others believe that alternative nutrient sources are neat. Still others applaud its potential but worry about unforeseen adverse effects. In essence—or gravy—lab-grown meat may simply be the scientific version of multitasking. A Petri dish, after all, is roughly the same width as a burger mold.