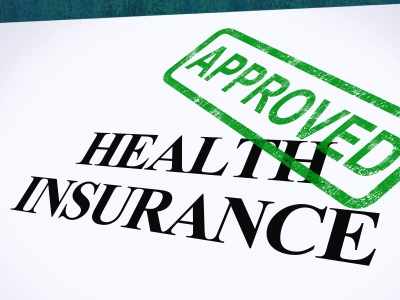 Since its inception the Affordable Care Act, or Obamacare, has inspired much debate, with many of its proponents' statistics questioned and claims disputed. Enrollment figures at the end of the second open Obamacare enrollment period are similarly contested, as those released by the federal Healthcare.gov website are only partially corroborated by a recent Gallup poll. Differences between the two sets of figures likely are attributable to the data sample sources and the survey parameters.

Obamacare, as the media typically terms the Affordable Care Act when referring to the health care insurance reforms enacted by the Obama administration, ended the second open enrollment period on March 31, though certain applicants and residents of several states were allowed to complete Obamacare enrollment though the extended deadline of April 15. Though enrollments only trickled in at the beginning of the initial enrollment period, in large part due to technical glitches experienced with the national Healthcare.gov website, the number of Obamacare enrollments surged in the last weeks of the enrollment period. Targeted ad campaigns, a revamped website and an impending deadline for coverage led to over 2 million people visiting Healthcare.gov in the final weekend before the March 31 deadline, according to the U.S. Department of Health and Human Services.

Perhaps unsurprisingly, the Obamacare enrollment figures released by Healthcare.gov and the White House are more favorable than those issued by the Gallup-Healthways Well-Being Index survey. According to the administration, 7.1 million Americans signed up for private insurance coverage during the six-month Obamacare enrollment period. The more modest results of the Gallup poll suggest about 3.5 million more people are now covered by health insurance than at the end of 2013.

At least a few reasons for the discrepancy are readily identifiable. First, the Gallup survey includes only data on adults and does not account for the enrollment of millions of children. Secondly, the Gallup telephone survey extrapolated results from a smaller sample size, whereas the administration allegedly is reporting actual statistics. Thirdly, the administration's numbers include people who were previously covered as well as people yet to pay their first month's premium. Additionally, the Healthcare.gov figures reflect the total number of Obamacare enrollment applications submitted through the health care exchanges while the Gallup survey estimates the total number of Americans still uninsured.

The Affordable Care Act has changed the health care landscape in the United States, which is at least one fact about the Obamacare enrollment numbers that seems without contention. And despite the debates and the doubts raised about the pros and cons of the Act, one thing is irrefutable: the Act propelled discussion of health care insurance and access to care into a national discourse and ongoing dialogue.