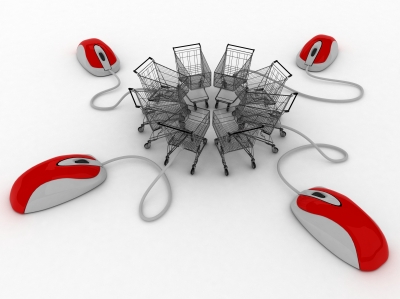 Each year, the National Retail Federation holds its conference in New York City, and 2014 was huge. The NRF conference was completely sold out and featured several keynote speeches that addressed the growing problems of traditional brick-and-mortar retailers in their efforts to remain profitable. Since these traditional stores make up the bulk of the NRF's membership, several speeches addressed the need to compete with online retailers.

The competition for the hard-earned dollars of consumers has reached fever pitch as an increasing number of buyers like to shop online. Several NRF conference speakers addressed this issue, encouraging retailers who are not online yet to do so. One of the best suggestions was for retailers to incorporate a program that allows customers to order online but pick up purchases in the store for free. This program has been a success with several retailers in part because many consumers hate shipping fees, which is the weakness of every online retailer. By eliminating shipping fees, traditional stores have a leg up on their Internet competition.

Another key focus of the NRF conference was social media and mobile devices. More people are using their phones in the store to compare prices and download coupons that they can use at the register. Target's Cartwheel app is one example of the integration of mobile devices, discounts, and shopping at brick-and-mortar stores. Other retailers haven't been as successful with these programs, but that doesn't necessarily mean that all similar programs will be a failure. Many NRF conference speakers exchanged ideas about how to best implement the mobile Web into their offline retail businesses.

This year's National Retail Federation conference featured multiple keynote addresses that were the highlight of the entire five-day event. One of the most memorable presentations was from Bert Jacobs, the CEO of Life Is Good, an east coast-based apparel and lifestyle brand. In his address, he stressed the importance of optimism even as online competition makes it hard for some retailers to remain optimistic. He explained that he and his brother looked for opportunities to take advantage of in order to succeed, rather than focusing on negatives. Another keynote address was given by President George W. Bush, who has been known to make speeches on some of his interests since he left public office. Unfortunately, his NRF conference speech was not open to members of the media or analysts, so the key parts of his address are unknown.

If a store isn't already online and hasn't created a mobile-friendly website, it is behind the times. The 2014 NRF conference featured speeches about the importance of websites, social media, and their integration with brick-and-mortar storefronts. Stores face fierce competition from online-only retailers, but with the integration of the Internet and technology, there may be room for both types in the hearts of consumers.