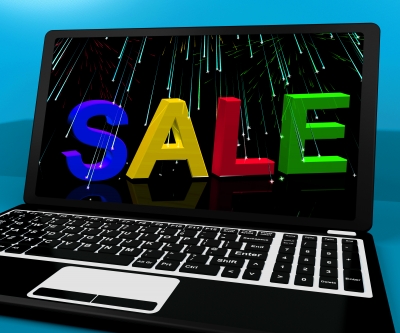 The United Kingdom's booming housing market tapped into a robust home and garden sector in the third quarter of 2014, giving a boost to online searches for vacuums, nutritional gadgets and beds. The news may foretell a great Christmas for online retailers, and companies can be prepared for a rush of shopping by preparing in advance.

The Guardian cites British Retail Consortium statistics that showed online searches for home and garden products rose 15 percent in the third quarter as compared to the same period in 2013. By comparison, the first quarter of 2014 rose 9 percent and the second quarter gained 13 percent. Dyson vacuums, Nutribullet juicers and beds were the top three items searched between July and September.

Mortgages also increased during the third quarter of 2014, marking a return of Britain's housing industry. Online searches for mortgages correlated to an increase of loan approvals for homebuyers. People who buy houses also need decorations, furniture and gadgets to fill those homes. The housing uptick delineates a win-win scenario for retailers, banks and the overall consumer-based economy. This is especially welcome news after austerity measures shook European countries for several years after the recession of 2007-2008.

Retailers hope the increase continues with a magical holiday shopping season from late-November to mid-December. Despite the winter weather, gifts for gardeners, new homeowners, decorators and home improvement buffs are just as cheap as consumer electronics, toys and jewelry around the holidays.

The trick is that retailers need to prepare for search increases. A surge in online searches does not necessarily follow consumers purchase these items from online retailers. Brick-and-mortar stores must be ready to deliver the goods people want when they find that perfect television, area rug or convection oven in stock at their local store.

The best way to ensure customers notice a company's stock is through mobile applications, a trend that continues to increase. The Guardian notes searches conducted from smartphones jumped 41 percent in the third quarter of 2014 as compared to 2013. Shoppers searched for a wider variety of items for the home from mobile devices than ever before. Companies without mobile apps for the holiday season may not do well as retailers with the handy programs.

This sector of the retail industry figures to grow, along with other online searches for goods such as groceries and food. Consumers continue to drive demand for fast and easy-to-find items through online methods. As soon as retailers adapt to this way of shopping, customers will become more comfortable with getting goods delivered to their doors instead of driving to big box stores and wasting valuable time in checkout lines.

The United Kingdom's housing surge may portend good news for other economies. Even though China and the United States are not growing as fast and home price increases are slowing in America, European economies have been in the doldrums for years. Pay attention to online searches for various products because they can be an economic indicator of good or bad things to come.

Fast food is on the verge of a crisis — and not every chain will su...
news from Markets
Best Black Friday 2018 toy deals: Legos, Hatchimals, Star Wars, Xbo...
news via Yahoo News - Latest...

A global population boom means that there will soon be billions mor...
news from Markets