If You Owe the IRS You Could Lose Your Passport 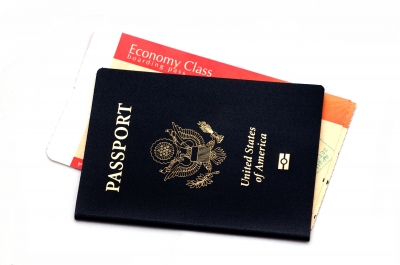 If you have unpaid tax debts, you risk losing your passport according to a bill that could become law. The new bill adds a section to the tax code that allows the feds to revoke the passports of people who owe tax debts to the IRS.

The new law allows the State Department to revoke the passport of anyone who owes more than $50,000 in tax debts. While this might sound like a very large figure, it includes not only unpaid federal taxes but also penalties and interest, which can very quickly build up on the account.

The new law is contained within a pending highway bill. If the bill passes, it gives the IRS a lot more power to restrict the travel of people who owe large tax debts. However, opponents of the bill claim there is a fundamental right to travel laid out in the American constitution. An exception allows the State Department to issue passports in an emergency or if there are humanitarian reasons for allowing the travel, but it is not clear how long it would take to apply for such an exception.

To revoke the passport of someone who has significant tax debts, the IRS has to file a tax lien against the debtor. This lien grants the power to revoke an existing passport or block an application for a new passport or a renewal. As of November 2015, the IRS routinely files tax liens against people who owe taxes as liens establish priority for the IRS in bankruptcy cases. The IRS can file a tax lien after it assesses the liability and sends a Notice and Demand for Payment if it does not receive full payment within 10 days. Occasionally, the IRS files a tax lien by mistake, which makes many people worry that those who do not even have legitimate tax debts could be prevented from traveling under the new legislation.

Public confidence in the service the IRS provides is already at an all-time low. Budget cuts have left the department failing to answer calls from the public and unable to respond to all but the most basic tax questions. The many disgruntled taxpayers who are struggling to get in touch with the IRS are likely to be unhappy if the tax authority is given the power to take away their passports.

The new bill is still in conference, which means it has not yet become law. With some politicians claiming the bill is unconstitutional, it might not pass. If the new measure does become part of the tax code, then people who have significant tax debts may have to pay the money they owe or face the possibility of losing their passport.