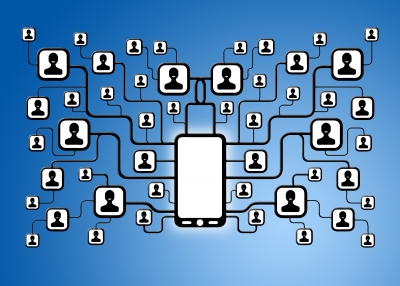 Ask any two people who have Android phones to compare their models and chances are, those models will be different. Unlike Apple-based systems where there are tens of potential devices running iOS, unique Android devices number in the thousands.

If that seems a bit of a stretch, consider this: Android has three variants of Jelly Bean (the latest was released in July 2013), one variant of Ice Cream Sandwich, two of Honeycomb, two of Gingerbread, and one each of Froyo, Eclair, Donut, and Cupcake. Each of these operating systems can be paired with a range of Samsung, Verizon, Motorola, LGE, ZTE, ASUS, Acer, HTC, and Sony devices. That's not an exhaustive list of manufactures. Then, you've got the various competing phones from each manufacturer. Apple, on the other hand, only has to contend with one manufacturer: Apple.

This is why Android is so fragmented. Each version of an Android phone interacts with Android software in a subtly different way, resulting in different properties and different potentials. Android devices have to deal with a wide range of cameras capable of producing images at widely different qualities and sizes. Then, consider the processor, the screen, the RAM, and the GPS.

So that's what fragmentation means: the huge number of different devices that are classified as Android phones and devices. According to the OpenSignals report, this means that out of 682,000 devices surveyed, there were 11,868 different combinations observed.

As the report observed, that means that consumers are not restricted to a narrow range of combinations. Equally, it means that developers have to cope with a phenomenal number of different devices when creating and managing apps.

This creates a much trickier app development schedule for developers, primarily because different physical screen sizes mean you have to design code that is exceedingly flexible.

Then you've got the problems associated with operating systems. The vast majority of iOS devices use iOS 6 (around 95 percent). Android operating systems are split between Jelly Bean (37.9 percent), Ice Cream Sandwich (23.3 percent), and Gingerbread (34.1 percent). While manufacturers advise that people update to the latest version to avoid security vulnerabilities, that isn't often followed.

So while the fragmentation is very good for customers, who can chose Android phones or tablets that meet their exact needs, it's a major headache for developers. Android devices have always had a phenomenal variety, but this many different Android phones and tablets is unprecedented. It means that developers have to work very hard to nail the perfect app that will work very well across every Android system.