Increased Bullying is Due to Lack of Leadership 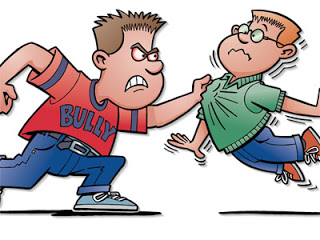 Workplace bullying is a real problem in the American labor force. Bullying can lower productivity, increase turnover and cost companies’ profits. Problems of bullying comes from a lack of leadership, and solving this problem has to come from the top. Discover some statistics behind bullying at the office and how to take steps towards solving this vexing dilemma.

Workplace bullying affects up to 75 percent of American employees, and 45 percent of workers report worsening work relationships over the past four years, as of 2018. Nearly two-thirds, or 61 percent, of bullies are bosses, while 71 percent of employer reactions to bullying are harmful to the target. What's worse is that fewer than 20 percent of employers help the bullied target, which affects more than 65 million workers across the United States.

Rather than take their cases to HR, as many as 61 percent of employees leave their jobs after enduring workplace bullying. A survey in 2017 reveals many reasons why people left their positions. Up to 46 percent of companies investigated inappropriately, and 26 percent did nothing when employees filed a complaint. Up to 71 percent showed negative reactions to complaints about bullying.

Companies that do not follow up with bullying complaints may lose more than they gain. Targets of workplace bullying lose between 7 and 10 hours per week of work. Companies could lose up to 400 hours of production due to the target taking vacation and sick days. Targets themselves not only leave their jobs, but people who witness bullying also flee to other employers. A whopping nine out of 10 people who witness bullying say they endure higher stress levels at work.

How and Why Companies Need to Change

Firms must change the culture and stigmas surrounding bullying simply because a negative atmosphere costs them money. Shockingly, two-thirds of companies, or 67 percent, believe workplace violence does not create a negative impact on their bottom line, even though evidence points to the contrary. Bullying costs employers a collective $400 to $500 billion annually. These costs come from turnover, absenteeism, retraining new hires and potential litigation. Solving the issue of workplace bullying before it becomes an issue saves time, money and a company's reputation, but it stems from a lack of leadership on this issue.

The process of handling bullying and having an anti-bullying atmosphere starts with having a formal written policy that outlines bullying. The definition of bullying is "repeated mistreatment of an employee by one or more employees." Mistreatment could lead to a hostile work environment that affects everyone.

Make a code of conduct that shows staffers why curbing bullying is important and what workers can do about it. A zero-tolerance policy also defines penalties for not complying with the policy. Leaders must treat each and every person with respect and dignity, while also handling every reported case with seriousness. Training HR staff to recognize bullying and how to follow a formal process documents each case step by step. Lastly, HR should also learn to hire people who do not have a tendency for bullying by using a variety of pre-employment screenings.

Alleviating workplace bullying starts with better leadership. Once top executives recognize the problem, they can learn to foster a culture of caring and understanding instead of toxicity and wasteful emotions.