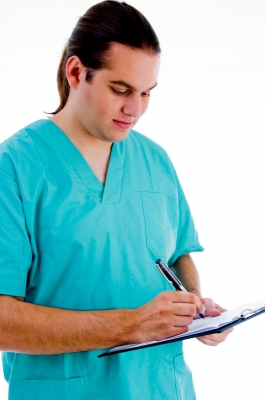 The healthcare industry has always been the one sector economists could depend on for job growth. In 2013, however, the industry bucked the trend and ended the year by adding significantly fewer healthcare jobs to the economy than it did in 2012, leading many people to wonder whether the slowdown in hiring is a temporary hiccup or a permanent shift into a new reality where healthcare jobs aren't as plentiful as they have been.

According to preliminary data released by the Bureau of Labor Statistics, the healthcare industry added approximately 207,600 jobs in 2013. This is about 113,000 fewer jobs than the industry created in 2012, when the end-of-year net total was 320,600. After rallying somewhat in October and November, the sector ended 2013 by shedding about 6,000 healthcare jobs in December, mostly from hospitals and home healthcare providers.

The weakest areas for job growth were hospitals and residential facilities. Although one third of healthcare jobs are created by hospitals, these providers only added about 40,000 jobs, 30 percent less than the yearly average since 1990. Nursing and other residential care homes had a 40 percent drop in their annual averages, ending the year having only added 24,600 employees to their ranks. Most of the growth in the healthcare sector came from ambulatory services, which contributed over 270,000 jobs in 2013.

The five-year trend for the healthcare industry, though, shows the sector has been in a downward spiral when it comes to hiring for healthcare jobs. This, coupled with the fact that the December purge was only the second time in twenty-three years that the healthcare industry had shed jobs, has made some people nervous about the future of employment in this sector, particularly since the amount of money spent on healthcare remains low.

The drop in healthcare jobs is most likely temporary. The Affordable Care Act, aka Obamacare, is changing the way medical facilities treat patients. A significant amount of restructuring is occurring in the industry as providers focus on improving the quality of care while keeping costs down. The reduction in hospital hires, for example, can be attributed to lower reimbursement rates for patients participating in government-sponsored programs as well as the shifting of patient care to outpatient and urgent care centers.

Healthcare employees and people looking to enter the field shouldn't worry too much. People's medical needs increase as they grow older, so the demand for trained staff will probably increase as the population continues its onward march toward advanced age. However, where the jobs are located may change. If hospitals continue to shift many of their services to outpatient facilities to save costs, the bulk of future healthcare jobs may be moved to this area as well.

The looming threat from supercorporations like Amazon is helping sp...
news from Markets