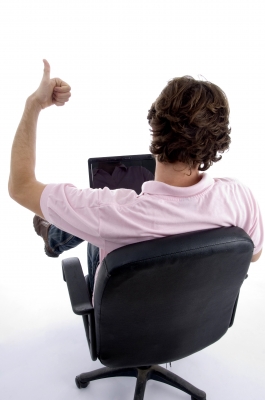 Microsoft can be the most frustrating company sometimes. From its earliest days, the company has valiantly struggled to be all things to all users with every OS since the original DOS—which has led to some seriously misplaced priorities. With the release of Windows 8.1, the patch to fix Windows 8, it's time to start thinking about whether Microsoft has finally learned to listen to its devoted public and make design decisions that reflect actual users' experiences with the software. In other words, is the Windows 8.1 upgrade worth doing?

Windows 8 was released with plenty of fanfare and a firm no-compromises attitude toward design. The idea was to finally merge the traditional desktop interface with the now-ubiquitous tablet software. The promise of the Windows 8 OS was that of seamless apps, high functionality, and a gorgeous interface that would be a work of art unto itself.

It was beautiful at least; however, PC users who adopted the system early in its release immediately started finding fault with the way it worked. Not least were the inexplicable decisions to do away with the start button and prevent users from booting directly to the desktop. As the complaints piled up, Microsoft took notice and began work on Windows 8.1, the inevitable fix. The early reviews are in, and it would appear that Microsoft has pulled off its traditional last-minute magic to fix much of what went wrong in the earlier version.

Windows 8.1 restores the start button and lets users boot to the desktop again, as they'd been doing for the last twenty years prior to Windows 8. On the strength of this alone, it's obvious that Microsoft's development team took customers' feedback seriously. Of course, the start menu has now been replaced with a screen full of icons, which makes sense for a tablet but is counterintuitive on a desktop.

Windows 8.1 also fixes the support problem noted by users of Windows 8. Instead of dropping the hapless PC user into a new—and in many ways hard to understand—user interface, Windows 8.1 comes preloaded with plenty of tutorial help that's written from the angle of an engineer trying to help you understand the neat new features of the system.

With familiar features restored, and a large help directory, Windows 8.1 has gone a long way toward atoning for the sins of its predecessor. The effort to integrate the UI of a tablet with that of a desktop PC couldn't have been easy, and it's worth remembering that Microsoft has spent the better part of thirty years working around limitations imposed by early design decisions that seemed like good ideas at the time. With Windows 8, Microsoft has made a tremendous effort at effecting real change in the way people use computers. With the Windows 8.1 upgrade—and whatever bundle of fixes comes out after the Windows 8.1 release—the company has brought a viable product to the PC users' market.