Is Unconscious Bias Hurting Your Chances of Getting a Job? 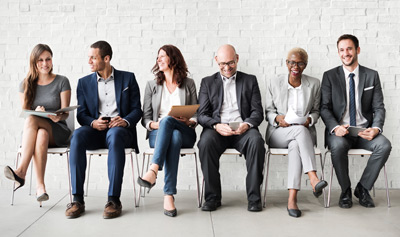 Unconscious bias happens every day, and it can hurt your chances of getting a job. Employers and candidates don't even realize it's happening, which is why experts refer to this type of bias as something that happens outside of someone's conscious awareness. Discover examples of these stereotypes and what you can do to combat them during your job hunt.

Employers may show unconscious bias against someone who is unemployed. Not having a job or facing long-term unemployment can make a candidate less desirable, even if the person has great qualities and experience and meets the job qualifications. Overcome this negative stereotype by showing you remained active during your unemployment by volunteering or taking to enhance your skills.

Employers may discriminate against candidates who live in low-income areas. The Voice of the Job Seeker, a popular podcast, explains that one manager showed a bias in favor people who took taxis to work versus public transportation after he asked how people get to work. Mitigate this issue by simply explaining the importance of arriving at the office on time and ready to work each day.

Ethnic names may present a problem in terms of unconscious bias. One story explains how a person with an advanced engineering degree used her legal name, "Latoya," on resumes. She stopped using her legal name and began using her nickname, "Toni," instead, and she quickly advanced in her career.

This stereotype sounds similar to Google's diversity problem, brought to light during the summer of 2017. An employee blogged about how the tech giant has a stereotype against women, and the blogger railed against Google for having diversity training as part of the corporate culture because Google's employees failed to effectively put the training to use. Google's problem brought to light the struggles that many people face.

Examples of Unconscious Bias in Action

Watch out for these examples of unconscious bias by recognizing statements employers may use during interviews.

1. "Hard Work"
Employers may make statements about the importance of hard work when speaking to people who live within inner-city neighborhoods. It's not an employer's place to pass judgment on why someone lives in a certain place. Leverage your previous work experience to break through the stereotype that employers may have against people who live in poorer areas of the city.

Employers may use the excuse of a lack of a cultural fit to exclude people who don't have the same characteristics as everyone else. When someone says to you, "We just don't think you're the right fit for us," ask for a specific reason. The person should be able to refer to an answer you provided to an interview question when describing why he thinks you're not a good fit.

Interviewers who have an unreasonable attitude towards accents show this by asking someone to speak up, slow down or repeat themselves. The interviewer might also raise his voice. This behavior is rude and intolerable because it's disrespectful to the candidate.

Getting a job is challenging for someone facing unconscious bias. However, overcoming stereotypes makes you a better candidate because of your patience, perseverance and persistence, even though it hurts when you realize people are prejudiced against you.