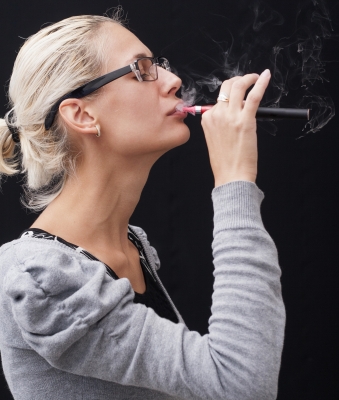 Vaping, or using electronic devices to inhale nicotine-containing liquids, is increasing in popularity. However, the American Lung Association states that vaping is a serious public health concern that threatens the health of many, especially young people.

The Rise of Vaping

Between 2011 and 2016, the use of e-cigarettes rose 900 percent among high school students. Often touted as a "safer" alternative to traditional cigarette smoking, vaping actually comes with its own set of health risks. The American Lung Association considers vapors from e-cigarettes harmful, in addition to considering them a gateway that leads young people to use other forms of tobacco.

One particular health concern associated with vaping is a condition popularly known as popcorn lung. Popcorn lung is a chronic disease that is associated with viral infections, connective tissue diseases and exposure to toxic chemicals. Also known as bronchiolitis obliterans, it is an irreversible condition that can only be slowed with proper treatment. In 2000, eight cases of the disease were traced to one popcorn factory, and because it was so rare, scientists were led to investigate environmental causes. It was later found to be caused by chronic, consistent exposure to diacetyl, a buttery-tasting artificial chemical used to flavor the popcorn.

The press release from the Harvard study drew major criticism from opponents of vaping, in addition to causing widespread panic among vapers. However, it is important to note that exposure to diacetyl is up to 750 times higher from regular cigarette smoking than from vaping. While this doesn't rule vaping as completely safe, it does maintain the argument that vaping is still safer than cigarette smoking.

Does Vaping Cause Popcorn Lung?

There has been no link established between vaping and popcorn lung. There also has been no link established between cigarette smoking and popcorn lung, even though the exposure to diacetyl is much higher than with vaping. In fact, the only case of popcorn lung caused by exposure to diacetyl outside of the factory workers is a Colorado man who ate diacetyl-containing popcorn twice a day for ten years. It certainly is possible that heavy smoking or vaping over a long period of time could increase one's risk of developing popcorn lung, but without ironclad research to support that correlation, no one can know for sure.

While current research has not proved a positive correlation between vaping and popcorn lung, there still needs to be more research on the effects of the chemicals used in vaping. If you're trying to quit smoking cigarettes, talk to your doctor about all your options before deciding if vaping is the right choice for you.