Key Signs That A Job Seeker Is Lying On Their Resume 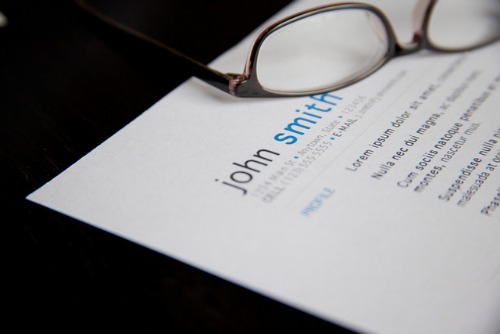 Resume fraud is a fact of life, as any hiring manager or job recruiter is well aware. Studies show that as many as 49 percent of employers have discovered lies on employees' or job candidates' resumes. Knowing this makes it clear that you should have your radar up whenever you're going through applicants' resumes. Here are some of the key signs to tip you off that the applicant you're considering may not be telling the whole truth and nothing but the truth on his resume.

There's nothing wrong with being self-employed. In fact, many successful entrepreneurs whom you would be thrilled to snag for your company describe themselves as "self-employed." However, take a second look at a resume's claims regarding self-employment. A true freelancer can list clients she's worked for or projects on which she's worked. She can provide links to websites that show legitimate accomplishments or provide other evidence.

Far too many people upgrade their volunteer or fundraising work to the level of "consulting" on their resumes. When they do this without supporting evidence of achievement, they're using the phrase "self-employment" to mean "unemployment." These claims deserve a second look, if only to tell whether you're dealing with someone who may exaggerate her accomplishments once she's working for you.

If a resume shows a series of jobs of short duration — under three years or so — the listings should provide the months of employment as well as the years. A resume that lists jobs as lasting from 2015-2016 and 2014-2015 could actually be hiding the fact that the job applicant was hired in December 2015 and fired in January 2016.

If you follow up with a former employer and learn that the dates of employment were fudged a little bit, that's a big warning sign. If a job applicant is willing to play games with something as simple and easy to check up on as dates of employment, what else is he lying about?

Sometimes people grant themselves titles such as "manager" or "senior" when, in fact, they were never hired under those titles. You can pick these out on a resume if the job responsibilities listed aren't compatible with the job title being claimed. It's also easy and legal to call the applicant's former employer to ascertain what the actual title was, just in case an employer decided to amp up a job title in lieu of giving a raise.

Some applicants may embellish their job titles for good reasons. For instance, a generic title, such as "analyst" or "assistant," may not adequately describe the work the employee performed. However, the most truthful job applicants don't try to do this. Instead, they make sure their abilities and experience are fully spelled out under the actual job title they held.

Vague Responses During the Interview

If you interview a job applicant who can't give you more than one sentence in response to a question about his education or his former employment, you may want to dig a little deeper to find out if he's telling the truth. Many people who have a set response prepared regarding their college experience crumble if you start asking specific questions.

Pay attention to body language during the interview as well. All but the most experienced liars are likely to give themselves away through lack of eye contact with you or by sitting very still without moving their hands. Liars also often avoid using the words "I" or "me" in a normal fashion, and may betray themselves through high, nervous voice tones. Any of these signs should trigger your desire to do some research to verify that what the applicant is saying, both in person and on his resume, is true.

If a job applicant claims to speak a foreign language, it's a great idea to ask a question in that language to see if you get a good response. Job applicants who don't provide contact information for their references or their former employers also raise red flags; try asking in person for that information to see what response you get. Another giveaway comes if a job applicant mispronounces the name of a company he claims to have worked for, the names of prominent people in your field, or the names of technical terms he should know.

Sometimes you can realize that a job applicant is lying by reading between the lines of his resume. Other times, comparing the answers he gives in an interview to claims on his resume can make any deception clear. Pick up on the clues available to you to decide whether you want to go forward with a candidate who is less than honest.

Photo Courtesy of bm_adverts at Flickr.com