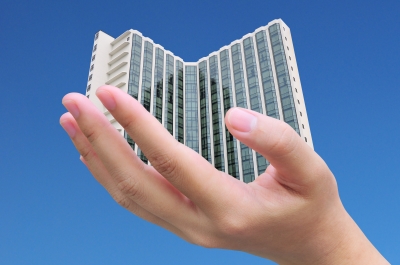 Microsoft has been the top-notch business software provider for some time. Not many other companies could do much to hurt their bottom line in that area, until now. The New York Times reports that finally, after quite a few years of working at it, Google has started to make a noticeable dent in Microsoft’s grip on businesses and the software they use.

I knew things were shifting some when I noticed the new Google Chromebooks appearing this year. (We even bought one for our son for Christmas.) A new type of computer that blends tablet with laptop features. While most computers come pre-loaded with Microsoft Windows, this little tool is all Google. Of course, this item is not as much targeted at businesses, but it shows the changing trend in new systems.

In general, Google’s app store was recently reported to have made serious competition for Apple, but now Microsoft is facing a challenge. All the available Google Apps for businesses have increased in appeal. Offering cloud-based applications means less clutter running from the local computer, and these cost-efficient apps do everything people are used to doing with Microsoft Office products. Last year’s major victories, grabbing a few large companies with their products, have made the difference for Google. Two companies with a total of over 170,000 employees are now using the Google Apps, and that has given them a big piece of the business market pie.

Google’s price of $50 a person has not changed in years, yet they have continued to add new features that are beneficial to businesses. Microsoft’s Office tends to run about $200-400 per person, depending on volume licensing options, and extra fees are charged for additional features needed. Even their cloud-based version runs around $72 a year per person with additional fees depending on the features. While Microsoft claims to offer more features for the money than Google’s version, it does not seem to be enough to slow Google’s growth.

The information technology research company Gartner recently reported that Google is “the only strong competitor” to Microsoft in this area. Microsoft noted the challenge a few months ago. The Wall Street Journal reported that “to counter Google's momentum, Microsoft is using a ‘Google Compete’ team, whose mission is to keep Office customers from buying Google Apps." Microsoft spent two days with one company in an effort to win them back, but in the end, the company’s chief information officer said that while he was impressed, Office 365 was 50% more expensive than Google Apps and was "not as cool" as Google's software. Another company of 30,000 employees started using Google apps this year, and they “calculated that using Google instead of similar Microsoft products would cost, over seven years, about one-thirteenth Microsoft’s price.”

While the article goes on to quote Microsoft as saying they are not concerned, it does seem that Google is growing in the business sector. I guess time will tell if that trend continues, and if Microsoft will have to take Google more seriously as a player in the business app realm. I guess this also means that when looking for a job, it might be good to have experience with Google’s office apps too.

Register
Sign In
Grammys delayed to March, and inside the Georgia senate ad battle: ...
news via Latest News - Ad Age
Big tech companies design their own chips
news via MMA SmartBrief for...