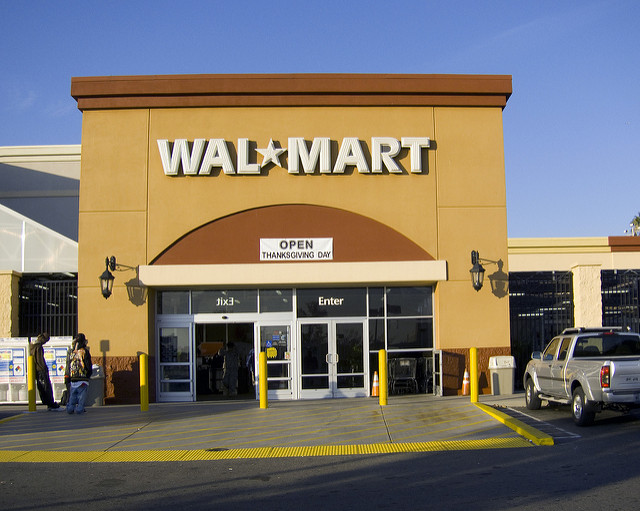 Wal-Mart stores continue to try to compete with online retailers, especially Amazon.com, for a larger share of the retail market. To that end, Wal-Mart decided to expand its online grocery service for on-the-go shoppers. If successful, this method of grocery shopping could become the new model for service and convenience.

Here's how it works. Shoppers go to a special section of Wal-Mart's website to choose from between 30,000 and 40,000 items, mainly groceries, and then adds them to a virtual cart. The shopper then pays for the items online and goes to the designated store at a specific time to pick them up. A store associate then brings the grocery items to the person's vehicle. Online grocery shopping saves time, as working parents may not have 30 minutes to an hour to spend in a store, especially with young children.

In a pilot project of 150 stores in 22 cities that started in October 2015, feedback from customers ranged in the high 90s out of 100 in terms of satisfaction. The retail giant cites mothers who love the service because they don't have to leave their cars with young children. The moms simply pull into a parking spot, and the associate puts the groceries in the cargo area. A few minutes later, the family goes home with groceries.

Wal-Mart's move is in response to a change in the retail shopping industry. Amazon entices shoppers by offering same-day shipping in select cities to go along with its wider selection of items, discounts and lower prices. Prime Pantry delivers certain grocery items to the shopper's door for a fee. To compete, many national retailers began offering same-day pickup. This service works because shoppers love instant gratification and would rather take an item home immediately instead of waiting to receive it in the mail.

If retailers, such as Wal-Mart, can master the combination of convenience, low prices and the instant gratification online grocery shopping provides, this model may shift the way consumers spend money and do business. Time is money, so stores must figure out how to save their customers' time to provide better service and increase their profits.

Wal-Mart drives much of the retail industry, so when Wal-Mart creates a successful plan, other retailers try to follow suit to remain competitive. Online grocery shopping may soon become the norm rather than the exception in cities across America as busy people seek ways to save time doing mundane weekly tasks.

Register
Sign In
7 Ways the Pandemic Has Changed How We Shop for Food
news via Yahoo News - Latest...