Stop Multitasking. It’s Bad for You. 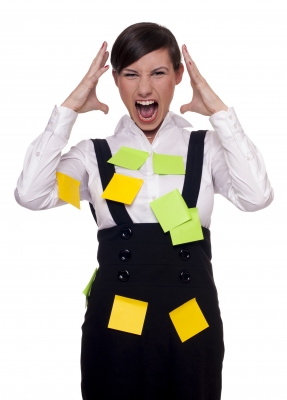 If you like to do multiple things at once, you might be surprised to learn that multitasking could actually be slowing you down. According to recent research, multitasking isn’t the timesaving strategy it’s cracked up to be. In fact, some psychology experts suggest that performing two or more tasks at once not only wastes time but also kills individual creativity.

If you multitask regularly, you may think you’re a better task juggler than most other people. Not so, according to the late psychology professor Clifford Nass. Nass, who taught at Stanford University, said that in reality, most individuals he encountered who multitasked on a chronic basis were prone to distraction. In fact, Nass stated that multitasking “pros” were usually much worse at the purported skill than their more focused peers.

Instead of increasing productivity, Nass asserted that multitasking was the result of an individual’s inhibited ability to focus properly. When questioned, people who multitasked often claimed that they could concentrate on one task at a time—if the need arose to do so. According to Nass, their assertions rarely rang true when put to the test.

So, why do we multitask at all? The answer is probably in your purse—or maybe in your pocket: digital technology. Palm-sized computers, cell phones, tablets, laptops, and other devices have invaded modern life like a miniature army. On average, people carry 2.9 gadgets around with them on a daily basis. Some individuals, of course, are armed with many more.

Curiously enough, working on your laptop during a business meeting, simultaneously replying to texts from your overseas coworker, and attempting to listen to a quarterly sales analysis at the same time doesn't really work. You may not retain or express information as well, you probably won't give important aspects of your meeting adequate attention, and you risk forgetting the content of vital messages. Your work management tools might actually be distraction devices.

If that isn’t enough to rock your multitasking boat, consider the impact of your work management habits on the integrity of your interpersonal relationships. Not everybody appreciates being given only half your attention during a conversation. If you regularly read emails while conversing—or worse, talking to your boss—you may be creating tension or making the other person feel neglected.

Finally, multitasking can actually cause social dysfunction—particularly if you’re wrapped up in your cellphone. During his time at Stanford, Nass regularly observed his students multitasking and, on occasion, conducted experiments in which he would restrict the use of cell phones and other electronic gizmos. Students allegedly found it hard to participate in the studies and faltered when they were effectively forced to communicate face to face.

In short, you might be better off leaving multiplicity to your hex-core processor and concentrating on one task at a time. From an administrative point of view, you’ll get more done if you maintain focus. So, stop flitting between the filing cabinet and the photocopier: reduce the amount of time you spend multitasking and make a positive impact on productivity.

Apple is nearly a trillion dollar company — here's how it boosted i...
news from Markets