The Job Market Will Not be Fixed Overnight 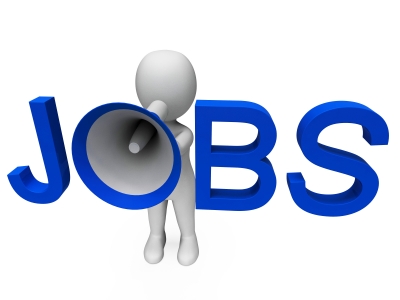 Finding a job in recent times has proven incredibly competitive largely in part to the economic recovery of the United States. However, American labor still has a long way to go in terms of reaching its full potential. It may take another seven years to fix the job market, as companies demand skills, training and education that were not factors before the economic downturn in 2007.

The job market, like every other basic economic principle, comes down to supply and demand. There are plenty of jobs for Americans; companies have record numbers of job openings. Unfortunately, there aren't enough qualified workers to fill these positions. The demand for jobs is there, but the supply of qualified workers is lacking.

Coupled with record job openings, companies are also taking the longest amount of time to hire people. This indicates a more stringent hiring process or a labor pool that's not ready to meet the demands of employers, which is a far cry from the height of the recession.

Statistics show 140 percent more job openings in early 2016 compared to June 2009, but only 40 percent of those have actual hires. Back in 2009 and 2010, during the worst parts of the recession, those numbers were close to equal. Companies with job openings found people to fill them, but that's changed thanks to a highly competitive job market.

Companies demand higher standards in job descriptions, including education and technical skills. A looming skills gap may undo all of the progress the economy has made following the recession. To rectify this advance in the job market, workers and unemployed people must retrain themselves. However, it involves more than just taking a few classes or attending a company training to fix the entire situation over millions of jobs.

Linda Duessel, a senior equity strategist at Federated Investors, believes seven years is the time it should take for everyone to make relevant steps to fix the job market. That's because policymakers, colleges, employers and workers must all invest time, money and energy to correct the problem. The federal government has job skills programs that help improve skills and match the needs of employers with the skills of workers, but the government can only mandate so much.

Eventually, schools and employers must band together to create a viable educational environment for younger workers. Gone are the days when companies needed pure grunt work because so many jobs rely on knowing the right technology to be successful.

Another issue that will take several years to resolve is the transition from baby boomers retiring to millennials entering the workforce. Baby boomers didn't enter the labor pool with as much tech savvy as millennials. The evolution of the workplace led to a huge shift, and that shift may take time to complete. The sooner businesses help millennials get the skills and experience they need to take over for an older generation, the less problems these companies have in a growing economy.

Wages are the economic engine of the global economy. People must have jobs to earn money, and those wages lead to consumer spending. Consumer spending leads to profits and revenue for companies, which drives growth and more hiring. Everyone must be on board for this to happen or the job market may flounder in the future.